DETROIT (FOX 2) - Multiple members of a reported violent gang in Detroit have been sentenced for their roles in a reported 'shooting war' on Detroit's east side.

In a press release, the U.S. Attorney General's Office announced that three members of the gang have been sentenced and two others are awaiting sentencing for murder, Racketeer Influenced and Corrupt Organizations (RICO), and other crimes.

Of those sentenced include Corey Bailey, aka 'Sonny" or "Cocaine Sonny". The 31-year-old Detroiter was sentenced to two life sentences and three ten-year sentences, all of which will run concurrently. He was convicted of RICO conspiracy,  murder in aid of racketeering; attempted murder in aid of racketeering; and possession of a firearm in furtherance of a crime of violence.

Also sentenced was Arlandis Shy, aka "Grymee" or "Vil". The 30-year-old from Clinton Township was convicted of RICO conspiracy and sentenced to 18 years and 4 months. 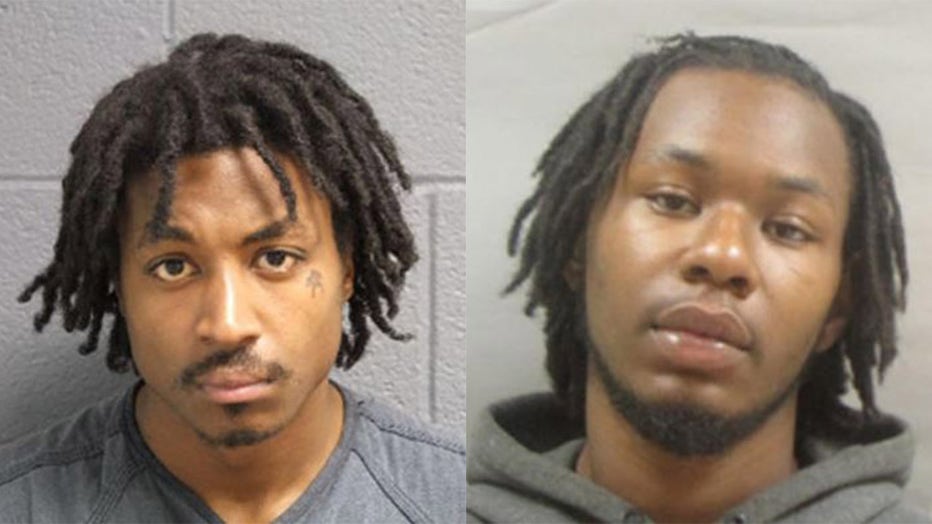 Both men were convicted last year in federal court. The jury deliberated their case for about seven days before reaching the guilty verdicts.

"These sentences should send a clear message to other members of gangs operating in the City of Detroit - our community has no tolerance for the senseless murders and violence spread by gang members," said U.S. Attorney Schneider.

According to the press release, evidence showed that the Seven Mile Bloods (SMB) gang operates on Detroit's east side between Gratiot and Kelly and between Seven and Eight Mile. The gang has claimed the area as their territory and refers to it as the "Red Zone".

Evidence showed an ongoing gang war between the gang and an alliance of other gangs that stemmed from a murder in July 2014. Since then, the rival gangs have been attacking each other and posted 'hit lists' on social media, the attorney's office said.

The shooting war led to an increase in homicides and non-fatal shootings on Detroit's east side.

"Mr. Bailey and Mr. Shy did not give a second thought to the lives they took, the harm they caused, or the terror they created in the community," said SAC D'Antuono. "This case highlights the dangers posed by the Seven Mile Bloods and reinforces the need to continue to work with our law enforcement partners to rid our communities of gang violence."

The other members awaiting sentencing are:

Robert Brown II, aka "R.O.," 37, of Warren, Michigan. He was convicted of RICO conspiracy, attempted murder in aid of racketeering; and use and carry of a firearm during and in relation to a crime of violence.

A fifth defendant, Eugene Fisher, aka "Fes," 39, of Detroit, was sentenced to 90 months after having been convicted of two counts of felon in possession of a firearm.

The case was the work of the Detroit One initiative which includes Detroit Police, FBI Gang Task Force members, Customs law enforcement, the Department of Homeland Security, the ATF, and the DEA, among other federal agencies.