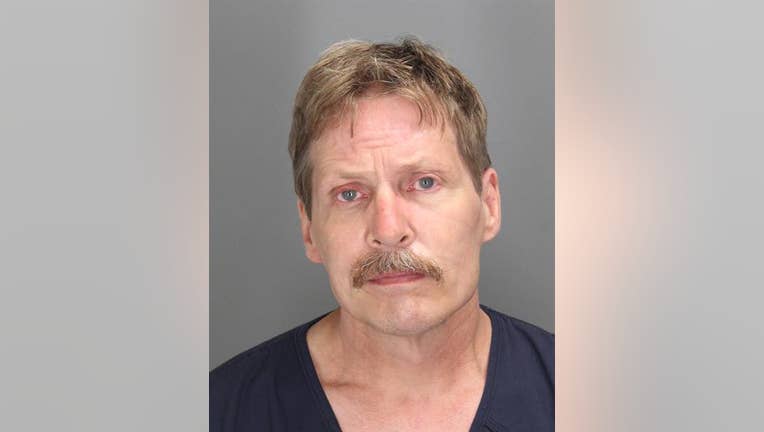 Vernon Miller was charged with assaulting a woman he had let live in his pole bar in exchange for sex and alcohol.

BRENDAN TWP, Mich. (FOX 2) - The Oakland County Sheriff said a Brandon Township man was arrested after a vicious assault on his girlfriend who he allowed to live in his pole barn in exchange for sex and alcohol.

Vernon George Miller, Jr., 58, was charged with felonious assault and aggravated domestic violence for the violent attack on his homeless girlfriend.

According to a press release from the sheriff's office, Miller had known the woman for 40 years and allowed the woman to live in a pole barn on his property because she was homeless. She told the sheriff she agreed to have sex with Miller while she lived there and, in exchange, he would buy her alcohol.

The sheriff said she's believed to have lived in the pole barn for several weeks until the attack on July 21.

That day, after having sex with Miller, she said he was agitated and refused to buy her alcohol and backed out of his agreement. She said he then started hitting her with his fist, a wooden baby gate, and then stomped on her.

The vicious assault lasted almost 30 minutes and she was bloody and bruised with cuts to her head and face. Doctors eventually discovered she had four broken ribs and a broken ankle.

She was able to escape after climbing out of a window and hiding in a car inside the pole barn. She called deputies when Miller left for work.

The woman was hospitalized for nearly a week.

Miller was arrested and charged with assault. He was free after posting 10% of his $25,000 bond.

"Certainly, it is never acceptable to commit a violent act against another person, but this situation is all the more disturbing," Oakland County Sheriff Michael Bouchard said. "It brings in elements of forced servitude and trafficking. We are pleased he is being held accountable for his behavior."

Miller is not allowed to have contact with the woman or to return to his home. He has to wear a GPS tether and remain in the state.

Miller is not a stranger to police and in 2004, he was convicted in Oakland and Genesee counties for fleeing and eluding. He also pleaded guilty to drug charges in Wayne County in 2020.