Sheriff Michael Bouchard gives the latest information on the shooting at Oxford High School that killed three and wounded eight.

FOX 2 - The Oakland County Sheriff said that the suspected shooter in the Oxford High School attack still had seven bullets in his 9 mm semi-automatic gun on Tuesday afternoon as he was approached - and arrested - by deputies.

The four victims who were fatally shot have been identified as Tate Myre, 16, Madisyn Baldwin, 17, 14-year-old Hana St. Juliana, and 17-year-old Justin Shilling

Eight others were wounded, said Sheriff Michael Bouchard in an evening press conference.

The name of the suspected shooter - a 15-year-old sophomore from the school - has not been released due to him being a juvenile and has not been charged as an adult. 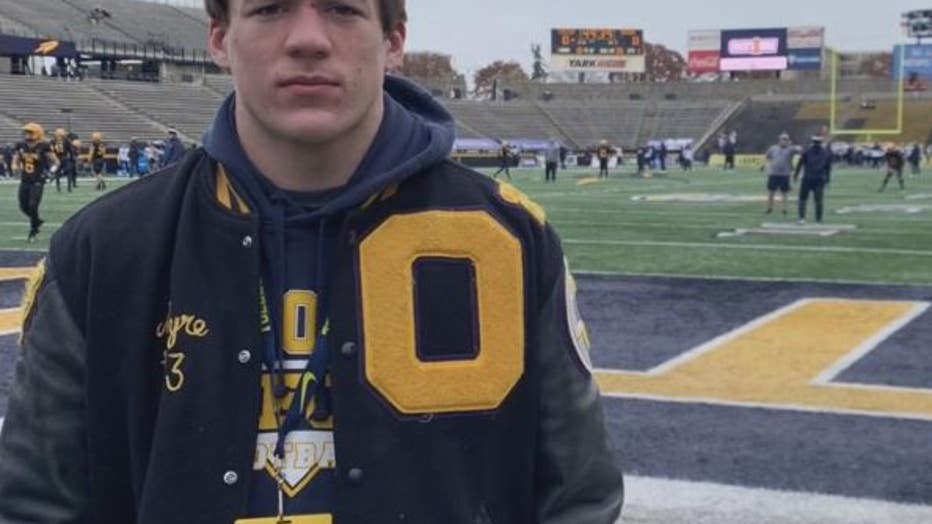 Oakland County Executive Dave Coulter said the suspect is on suicide watch at Children's Village.  He has not cooperated with investigators and his family has hired an attorney.

Bouchard said the pistol was a Sig Sauer 9 mm bought on Nov. 26 by the boy's father. He had two 15 round magazines for the gun with a possible third magazine. At least 12 fired rounds were recovered at the school, he said.

After more than a hundred 911 calls, Bouchard said deputies arrived within three minutes and had the suspect in custody.

"We believe he came out of a bathroom with a weapon in hand. Deputies took (the gun) from him he was walking down the hall," Bouchard said. "That interrupted what could have led to several more victims.

'The way I see it is, there were seven more victims in that gun."

Sheriff Michael Bouchard said the suspect still had seven rounds in his gun when he was confronted and arrested by deputies.

Bouchard listed the eight other victims who were wounded:

One of the fatally wounded victims, Tate Myre, was loaded into a police car by deputies due to the severity of his injuries but died en route to the hospital, Bouchard said.

"We are here for the worst kind of tragedy our first thoughts are with the families," Bouchard said. "Oxford has been one of the more proactive school districts. This kind of thing can happen anywhere.

"This wound will never go away."

Oxford community comes together for vigil after high school shooting that killed 3, wounded 8

Parents, students and loved ones of the victims in Oxford huddled together to try to make sense of the senseless on Tuesday night.