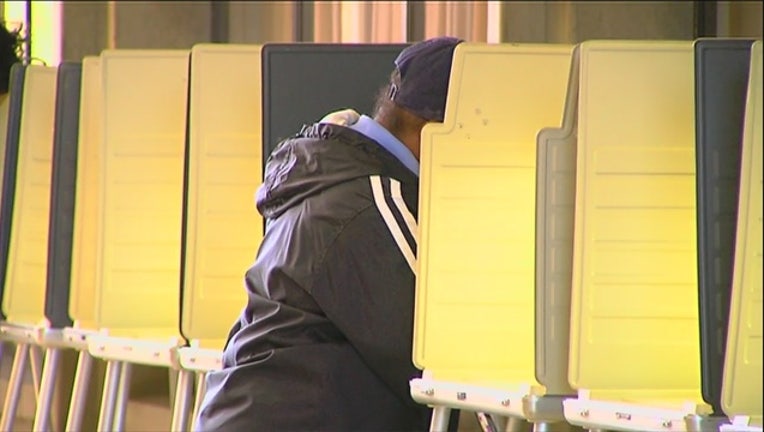 (WJBK) - During the course of election night, a TV station in Detroit put its pundits on Facebook to chat about the unfolding election. There are predictions that before too long, there will more viewers via that platform than on the tube.

When it was over, there was a chance to review the demographics of who was watching. There were more women than men and a good chunk of "younger"citizens, which you might expect since many of them spend half of their lifetime posting their brains out on Facebook.

And then the young IT guy running the data reflected on the average time the Facebookies stayed with the program, which ran about 45 minutes. The reporter speculated they watched for ten or fifteen minutes and then found something else to do.

The IT geek, with great joy, pointed to the figure on the screen showing that among the 50,000 on line they stayed for about 90 seconds and then he added, "That's really great. Usually they stay for only about 30 seconds."

No lie. That's what he said and was impressed they settled in for a whole minute and a half.

Roll the tape back to the Sunday night debate in Flint with Hillary Clinton and Bernie Sanders. (Oh.  Did you hear he won in Michigan?)

The issue was fracking. Ms. Clinton proceeded to carefully dissect the issue, being careful to touch all the bases. When it was Mr. Sander's turn to reveal whether he supported the slant drilling concept, he delivered a one-word response, "No." Next question.

That exchanged served to underscore why 81 percent of the younger voters flocked to Mr. Sanders and left her wondering why she lost the state she was suppose to win.

Her lecture on fracking locked her in as the "establishment" career politician and, even though Mr. Sanders has been in government most of his life, his response and demeanor reeks anti-establishment.

And in case you have not noticed, Mr. Trump has been taping into that gold mine of angry voters and here was Mr. Sanders doing the same thing making him the Donald Trump of the Democratic Party..at least in this instance.

But back to this attention span thing that seems to be engulfing the younger generatation.

Needless to say, giving up 90 seconds of your life could not provide the citizen any context or true insight.

Which leads to a chilling question: Is this hit-and-run generation going to seek enough information to cast an intelligent vote?

But let's be fair here. That question also applies to a huge batch of other voters who are much older but not a heck of a lot wiser.

They are drive-by voters as well, which makes them susceptible to politicians and their handlers who are quite adept at crafting quickie messages that can mislead rather than inform.

But if the citizenry will not invest the time to figure out if they are being duped, they will cast an ill-informed vote and that's exactly what some polls desire.

The harsh reality is voter's due diligence before they vote can not be done in 90 seconds. And the fact that you made it this far by reading this column means you are not one of them.