LANSING, Mich. - Attorneys for former Michigan Gov. Rick Snyder are striking back, telling prosecutors Tuesday that the Flint water case should be dismissed because he was charged in the wrong county.

Snyder was charged last week with two misdemeanor counts of willful neglect of duty. He was indicted by a Genesee County judge who sat as a grand juror and considered evidence presented by prosecutors.

"Neither of these allegations of non-feasance or failure to act, occurred while the former Governor was in the City of Flint. At all times set forth in the Indictment, our client was the presiding governor of the State of Michigan with the Executive Office of the Governor located at the Romney Building in downtown Lansing," attorney Brian Lennon said in a letter to prosecutors. 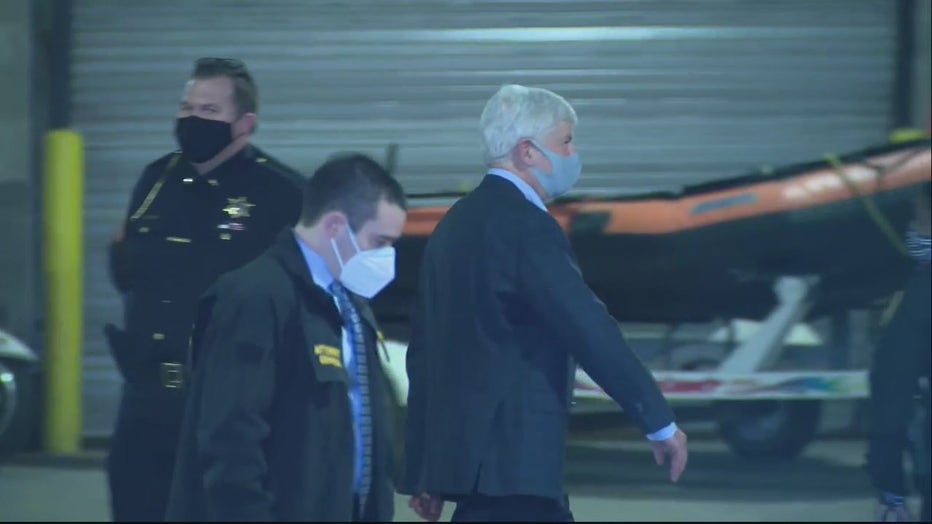 The letter was attached to a request for documents and other evidence possessed by prosecutors, a typical step by the defense in a criminal case. Lennon indicated in the letter that he soon would formally ask Judge William Crawford to dismiss the case against the former Republican governor.

A hearing took place Tuesday in Snyder’s case and the next hearing was scheduled for Feb. 23.

Snyder was one of nine people charged in a new investigation of the Flint water crisis. The catastrophe in the impoverished, majority-Black city has been described as an example of environmental injustice and racism.

The city, under Snyder-appointed emergency managers, used the Flint River for drinking water in 2014-15 without properly treating it to reduce corrosion. Lead from old pipes contaminated the system. Separately, the water was blamed by some experts for an outbreak of Legionnaires’ disease, which killed at least 12 people in the area and sickened dozens more.