A survey examining taco preferences found that the ideal taco is a surprisingly simple combination.

NEW YORK - Soft shell or hard shell? Chicken, beef or fish? A recent survey aimed to find the most popular taco combination for Americans nationwide — and what your preference may reveal about you beyond the taco stand.

A survey examining taco preferences found that the ideal taco is a surprisingly simple combination of chicken, lettuce, shredded cheese and tomatoes in a soft corn shell.

RELATED: National Taco Day: Spilling the beans on the spiciest deals and freebies

Chicken was also found to be the number one protein choice for tacos (26 percent), over beef (24 percent), fish (17 percent), shrimp (10 percent) and pork (9 percent). Plant-based and tofu options came in last. 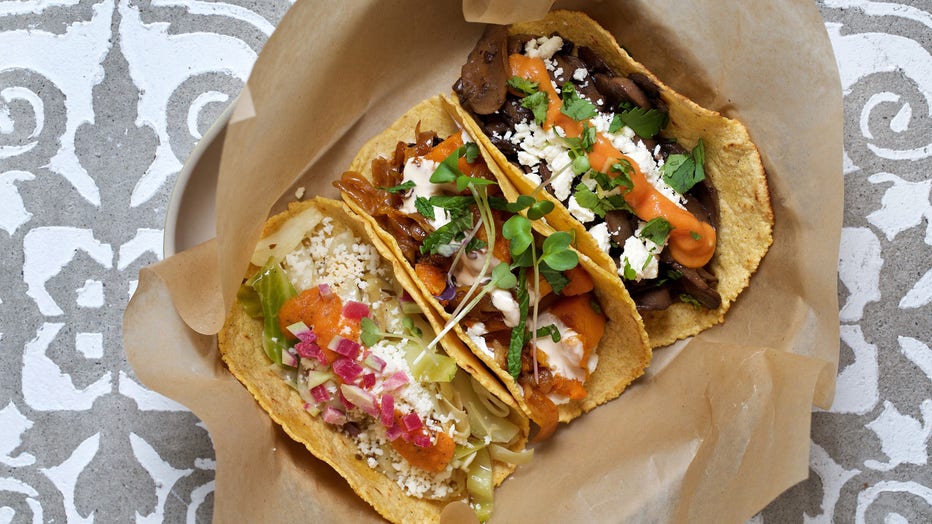 A file photo shows an assortment of tacos on January 19, 2019 in Washington, D.C. (Photo by Deb Lindsey for The Washington Post via Getty Images).

The survey conducted by OnePoll on behalf of the restaurant chain Taco Del Mar also split the 2,000 respondents by their choice of hard or soft shell tacos — and found other interesting preferences between the two.

The hard shell fans were also more likely to find spice “very appealing” (71 percent) compared to the soft shell lovers, and more likely to be health conscious eaters, according to the survey.

When it comes to traits beyond eating, those who preferred hard shell tacos also tended to be more extroverted, describing themselves as adventurous, curious, happy, hard-working, high-maintenance and organized. Soft shellers were more likely to be introverted, adding that they were calm, clean, creative, friendly and loyal.

The hard shell taco eaters preferred dogs, while a majority of the soft shell fans identified as cat people.

When it comes to washing down your taco with a cold beverage, both hard shell and soft shell fans agreed that margaritas go better with tacos than beer — and that tacos could be enjoyed for any meal of the day.