A large tree crashed through the roof of a home in Detroit following strong storms and heavy wind through Southeast Michigan Wednesday night and Thursday morning.

In one of the busiest rounds of severe weather to sweep through Southeast Michigan this summer, tens of thousands lost power in Metro Detroit as heavy storms prompted flooding on area highways.

As of Thursday morning, 26,000 homes didn't have power in DTE's network. The utility had 680 crews in the field resolving issues. Some of the biggest were reported in western Wayne County and Macomb County.

Thousands lacked power in Livonia, Clinton Township and parts of southern Oakland County after winds reached 65 mph at times during the midweek storm. According to airport monitors, about half an inch fell in Romulus.

POWER OUTAGES: What to do if a traffic light is out in Michigan

Some places saw an estimated 2 inches of rain in some spots near Farmington Hills and Port Huron. 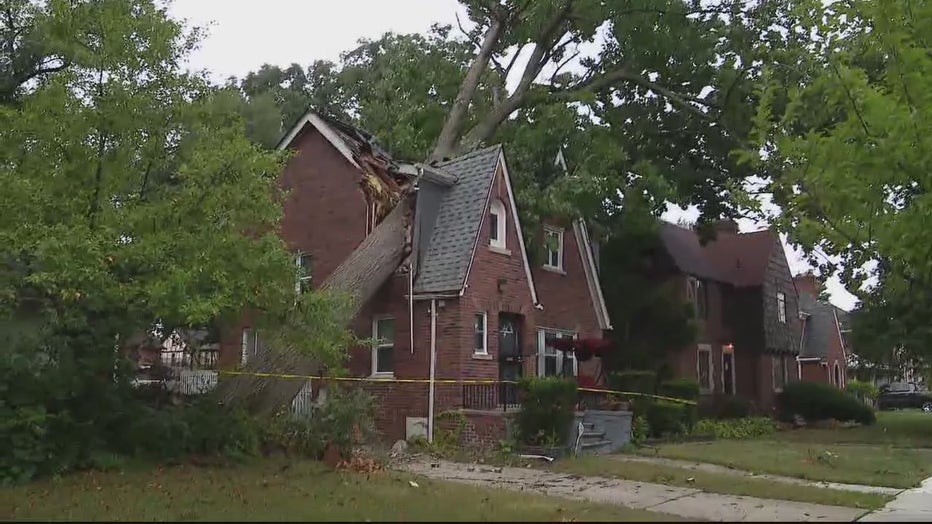 In Detroit, damage was limited to flooding on the freeways as well as fallen trees and branches. One home on Outer Drive suffered major structural damage after a tree crashed through the roof. No injuries were reported from the damage.

Trees were down and freeways flooded around Metro Detroit - but Livonia its own share of challenges.

Anyone that comes across any downed power lines are asked to stay about 20 feet away from them. DTE hopes to have most customer's power restored by the end of the day.