SOUTHFIELD, Mich. - An argument between two men from Metro Detroit over property owned by a woman they had both been romantically involved with turned deadly Thursday. 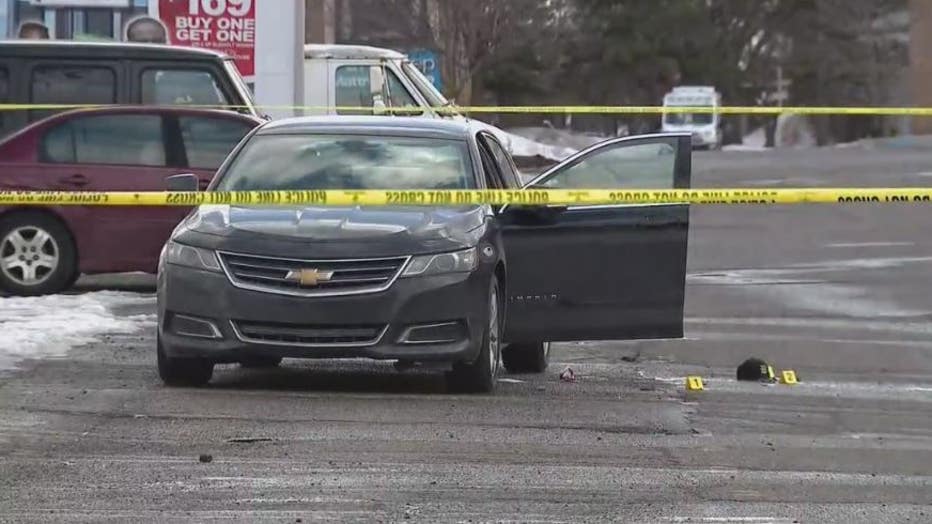 One of the vehicles police investigated at a liquor store near 9 Mile and Greenfield.

Police have arrested the shooting suspect and another man in connection to the murder and both are expected to appear in court this weekend.

The shooting took place at a liquor store in the area of 9 Mile and Greenfield Thursday afternoon.

Southfield Police Chief Elvin Barren said the men knew each other and were dating the same woman. Prior to the shooting, both had been arguing over a piece of property of hers.

An ambulance arrived and transported the victim to the hospital, where he later died.

While Southfield police investigated the incident, they discovered the involvement of a second suspect, a 21-year-old man from Detroit. He was apprehended a short time later without incident on 8 Mile near Greenfield.

One gun belonging to the suspect was recovered at the scene while another gun was recovered as a result of a search warrant that was executed in the city of Detroit.

A release from Southfield police said the suspects and the victim knew each other and the argument stems from a previous relationship between the victim's girlfriend and her ex-boyfriend.

Both suspects will be arraigned Saturday.