It's never too late to chase one's dreams and never too early to start apparently. A 10-year-old from Southgate is mowing his way into business with his own lawncare company.

SOUTHGATE, Mich. (FOX 2) - Never too old to chase one's dreams? What about never too young?

Because Bryce Johnson in Southgate isn't waiting around for life to start. The 10-year-old has started his own lawn care business and money is coming in. At a rate of fixed rate, he'll mow the front and backyard.

"Would you be interested in my cutting your lawn?" is the first thing he asks at the front door at neighbor's homes.

It's a strange time to be in the labor market and as shortages and surpluses push the economy in opposing directions, navigating the job market can be a struggle. Even in landscaping, where the job is confined to the length and width one's grass, there's uncertainty.

"It’s kind of hard because you don’t really know how it’s going to turn out or what you’re going to get into," said Bryce.

Customers can rest easy though that for $25, they'll get a neatly-trimmed lawn from a motivated student of industry - a fair price considering the times.

"His dad is a business owner and he looks up to him," said Amber Barger, on what drives her son. "As a mom - I mean any mom can relate you do whatever it takes to help your child succeed, and it's keeping him out of trouble."

Barger will drive Bryce to some of his appointments after school and on weekends too. 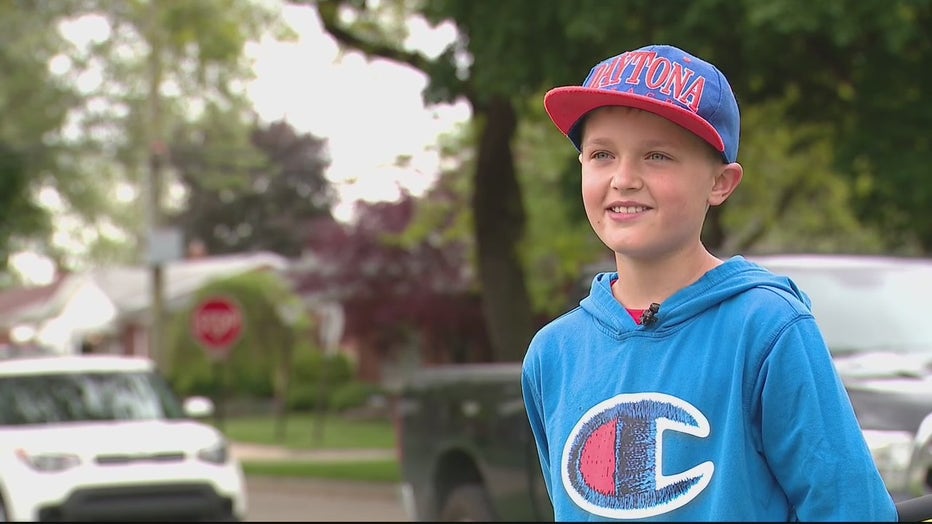 However long Bryce's stint in landscaping is, it's already taught him the importance of a bottom line and the need to adapt when costs get too high. With gas prices at record levels, he switched to someone a bit easier to manage.

"That’s why we stuck with the electric mower for gas prices, and it’s easier for him, he just has to be responsible for keeping the batteries charged," said Barger.