A violent crash caused by a speeding stolen SUV that ended up with a building taking serious damage. It was a minor miracle there were no fatalities - or more injuries.

DETROIT (FOX 2) - Bystanders recorded the aftermath of a devastating crash as first responders and onlookers scrambled to help the four people involved. Some were trapped inside one of the vehicles.

"And the other one was sandwiched in there, it took the jaws of life to get him out," said Clarissa Hardwick.

Detroit police say it started at 6 p.m. Thursday when officers from the Second Precinct spotted a stolen Kia Sorrento.

DPD says the 20-year-old behind the wheel sped off when those officers tried to pull him over, blowing through stop signs prior to striking a black Chevrolet Tahoe causing it to roll over. It then barrelled into the building at the corner of Schaefer and Midland.

"The impact was so loud where it sounded like it was up to three or four vehicles - maybe even five," said Kenneth Williams. "That was how loud it was."

The driver of the Tahoe was also injured but is expected to be ok. He is in police custody facing stiff charges.

"The car was all the way in there," said Hardwick. "We need some help cleaning up now - because of what somebody else did." 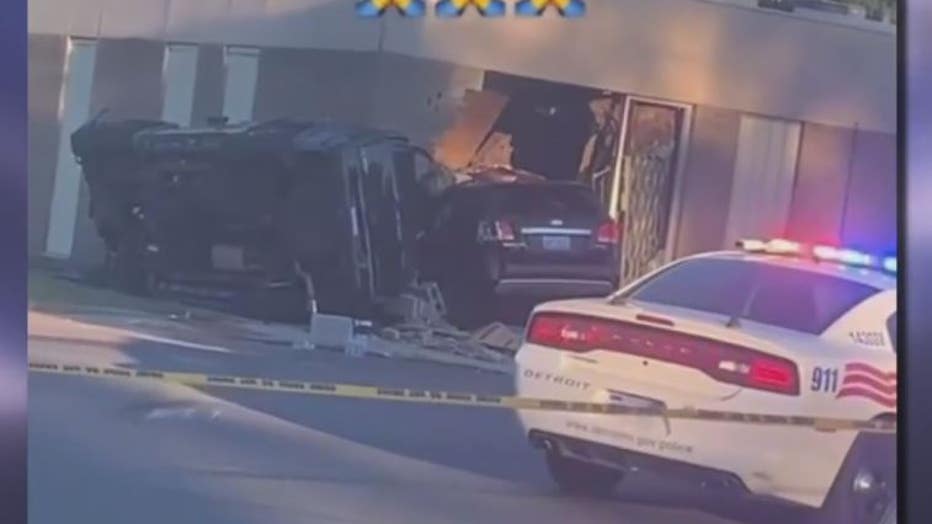 Hardwick works with the New Fellowship Church and nonprofit right next to the building in question. She and others say the crash could have been a lot worse.

"This is a residential area, a highly trafficked area, we have a Family Dollar across the street here, so we have a lot of foot traffic here also," Williams said.

DPD says one of the bystanders found a gun in that stolen SUV  as he helped some of the passengers out of it. That gun was not registered to the driver or the two passengers.

All of them were taken to a nearby hospital with at least one in temporary serious condition. 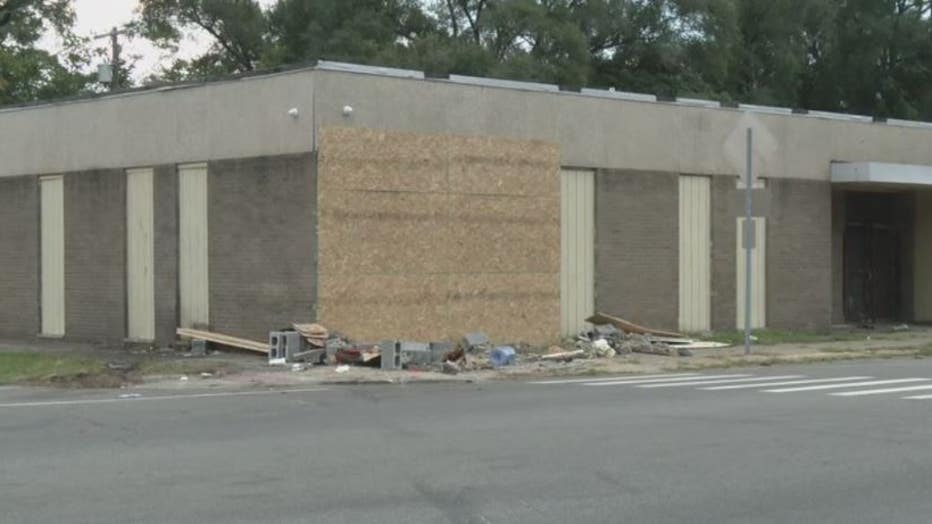 "I would say my hope for Detroit is that we slow down and pay attention to what we are doing," said Hardwick. "As they say, look up and live. And if you are doing wrong, don't be fleeing from the police."