Trump's pick for the GOP nomination for state attorney general, Matt DePerno was front and center at the former president's Macomb County rally over the weekend.

Incumbent Democrat Dana Nessel was asked what would the state be like if DePerno replaces her.

"I think it's going to be a scary place," she said.

Nessel fears DePerno would neglect some 40,000 cases her office is now working on and he should not use the office for something else.

"Don't use it as a way to investigate the enemies of Donald Trump," she said.

Tim Skubick: "Is he a loose cannon."

"I think he is a loose cannon," Nessel said.

The former president latched onto DePerno, in part because he fought to overturn the election in favor of Trump claiming the voting was rigged.

"To have those people spreading misinformation and to be distorting what really occurred, it tells me that these are individuals that don't understand the law - or don't care about the law," she said.

Nessel also believes in part that GOP rhetoric has boosted death threats against female officer holders in this state.

"I think this is only a handful of people," Nessel said. "We don't see the same level of death threats against men who hold elected office. I think it is part of the narrative circulated by the Republican Party."

That's an allegation the state Republican Party would undoubtedly reject. 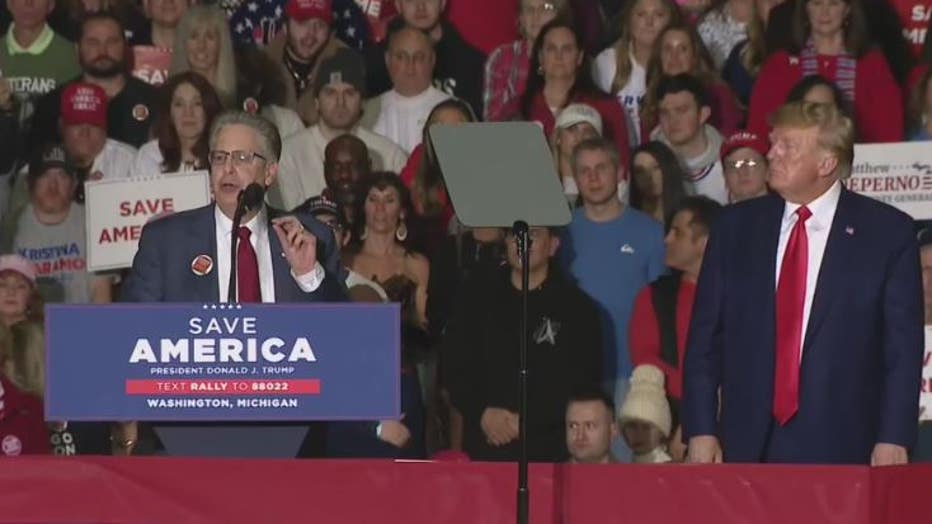