It all happened in River Rouge but the officers involved are from the Detroit Police homicide unit. The man who was shot is still in the hospital and was in good enough condition to tell investigators he wanted a lawyer when they came to talk with him about what unfolded late Thursday afternoon.

Two Detroit police homicide detectives were on the 500 block of Palmerston Street, not far from southwest Detroit, investigating a case.

Two Detroit police homicide detectives were on the 500 block of Palmerston Street, not far from southwest Detroit, investigating a case.

"When they pulled up behind the green van that you see in the middle of the roadway, an individual got out of the car was armed with a long gun. Shots were fired between the parties, we're not sure who fired and who didn't fire," MSP Lt. Mike Shaw said.

State police say the man with the long gun was struck. Officers rendered first aid and the man was taken to a nearby hospital in critical condition.

The two officers were not hurt and thankfully no residents were hit. Two pistol magazines, resembling that of the Smith and Wesson M&P - the Detroit police sidearm - were found at the scene, as was a long gun. 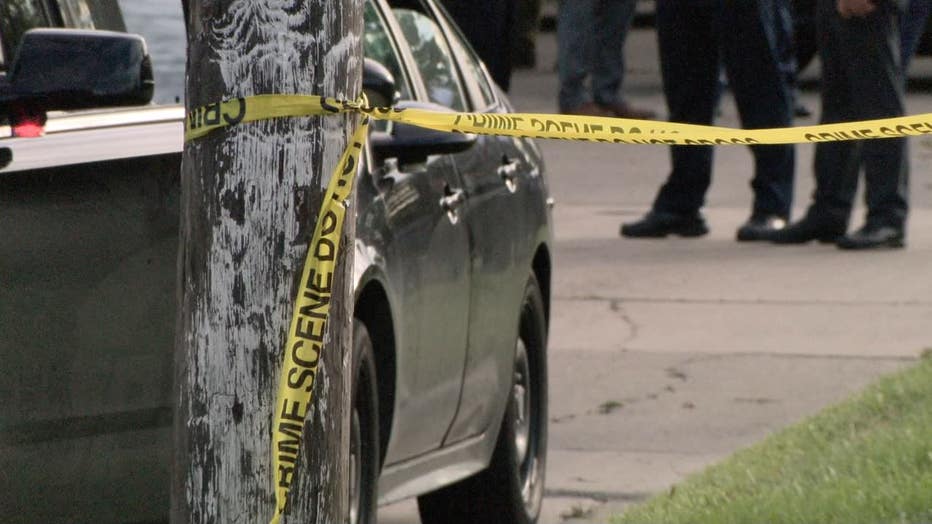 "Usually when they start shooting back and forth it's hard to tell how many rounds were exchanged and if there was a malfunction because you dropped your magazine and you put another one in," Shaw said. "We don't like to guess at any of that stuff so we're going to start at the beginning, counting rounds each officer had things like that."

Right now it's unclear what, if any connection, the man police shot has to the case they were investigating. State police will obtain warrants to search the detectives' vehicle, the van the man was inside before encountering officers and a nearby home.

Many residents are still wrapping their heads around the shooting, saying they're neighborhood has long been stable and low key.

"I'm more shocked than anything. It's so quiet and peaceful around here and just you know, life is changing," said a neighbor.

Michigan State Police plans to talk with the two detectives Friday. After the investigation is wrapped up, MSP will turn things over to the Wayne County Prosecutor's Office which will decide if there will be criminal charges for the officers or the man who was struck.