LANSING, Mich. - The Michigan Supreme Court has turned aside the latest challenge to construction of the Gordie Howe International Bridge between Detroit and Canada, with only one justice interested in hearing the case. 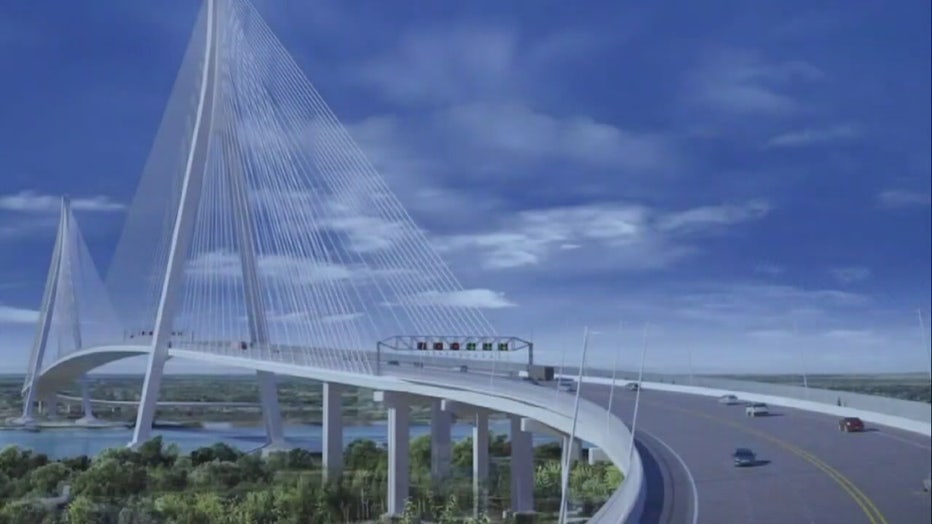 The court said Friday it won't take an appeal of a June 2020 decision by the Michigan appeals court, which ruled in favor of the state.

Companies controlled by the Moroun family, owners of the rival Ambassador Bridge, sued over the condemnation of land to make room for the new bridge. They said state lawmakers have barred the Transportation Department from spending tax dollars on the project.

But the appeals court said "no Michigan funds are ultimately expended" because Canada reimburses the state.

Supreme Court Justice David Viviano said it's "at least a close question" whether Michigan can spend any money, in light of the Legislature's prohibition, even if it gets reimbursed.

RELATED: Gordie Howe bridge will include 5 pedestrian bridges built over I-75

"This is yet another missed opportunity to address a contention that executive agencies and officials have acted outside the bounds of their prescribed authority. This is no small matter," Viviano said.

The bridge, named for a native of Canada who played hockey for the Detroit Red Wings, is expected to open over the Detroit River in 2024.