DETROIT (FOX 2) - A nice update to that heart-wrenching dog napping on Detroit's west side last night. A pair of brazen thieves held a dog trainer at gunpoint to take two French bulldog puppies.

As of Thursday, we're happy to report that the dogs -- Bruno and Bella --  are safe at home with their owners tonight.

Thanks to FOX 2 viewers, police have the thieves in custody and Bruno and Bella are back home.

Someone in the trainer's neighborhood saw FOX 2's story on social media and got in contact with him.

"Thanks to FOX 2 News, the social media platforms ... shoutout to everybody, the city came together," said trainer Gary Major.

"The video was shared, it was heart-wrenching of course, but it was shared and the pressure was put on from the community and we got our dogs back," said one of the dog owners. 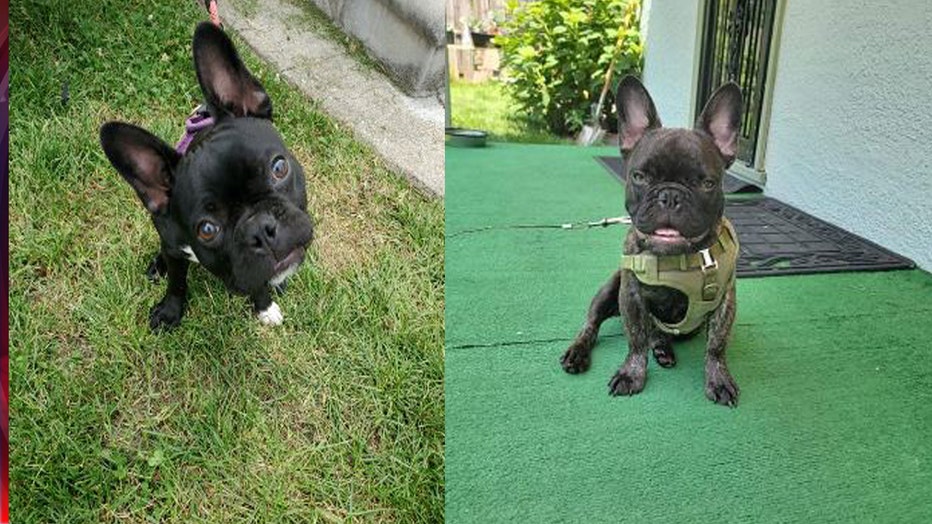 French bulldogs Bruno and Bella were stolen out of Detroit yard on Gardendale Wednesday.

We're told Detroit police have two suspects in custody. The gunman in the robbery was wearing a tether, so police were able to track him and his accomplice down.