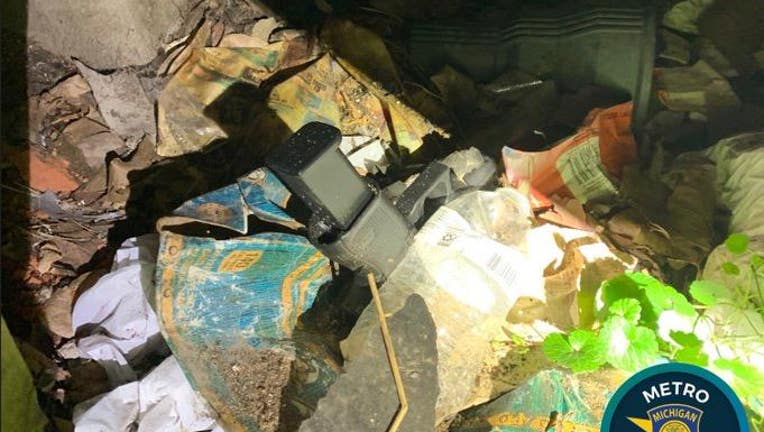 DETROIT (FOX 2) - State police in Detroit recovered a stolen Glock handgun from a car that was clocked at going 100 mph on I-96 early Friday morning.

The gun was found in a Chrysler 300 that fled police after state troopers attempted a traffic stop around 12:10 a.m.

Patrolling officers in the area of I-96 and Davison attempted to stop the car for speeding 30 miles per hour over the limit on the freeway. It instead fled police who chose not to pursue the suspect vehicle.

Instead officers contacted the police helicopter that was currently patrolling over the district at the time.

It tracked the suspect car to a home on Birwood Street in Detroit before four occupants inside ran from the vehicle.

According to a post online, state police arrested the 18-year-old driver and a 25-year-old passenger. Both were lodged at the Detroit Detention Center without incident.

Police also observed a firearm buried underneath trash in the car, later determining it had been stolen.

No injuries were reported and a review is being submitted to the prosecutor's office.