Cliff Mac, who calls himself the 'King of Flint', is being charged with hiring a Grand Rapids mant to kill a woman two years ago.

STERLING HEIGHTS, Mich. (FOX 2) - Rapper 'Cliff Mac', real name Clifton Terry III, calls himself the ‘King of Flint’. But he's not in Flint now. The Michigan rapper is in jail and charged with ordering a hit on a Sterling Heights woman in 2020.

Cliff Mac is accused of hiring Andre Sims to kill a Sterling Heights woman in 2020. According to the Department of Justice, Terry, 31, offered Sims $10,000 to travel from Grand Rapids to Flint for the murder. Sims arrived in Flint on Nov. 27, 2020.

The next day, authorities said Sims drove to the woman's home, waited for her to go to work, blocked in her car, and then shot at her.

The crime was caught on surveillance video and, despite firing 7 or 8 rounds, the hitman failed.

Sims was indicted in March on the murder-for-hire plot and is also serving a life sentence after shooting and killing a 65-year-old woman in Kent County. 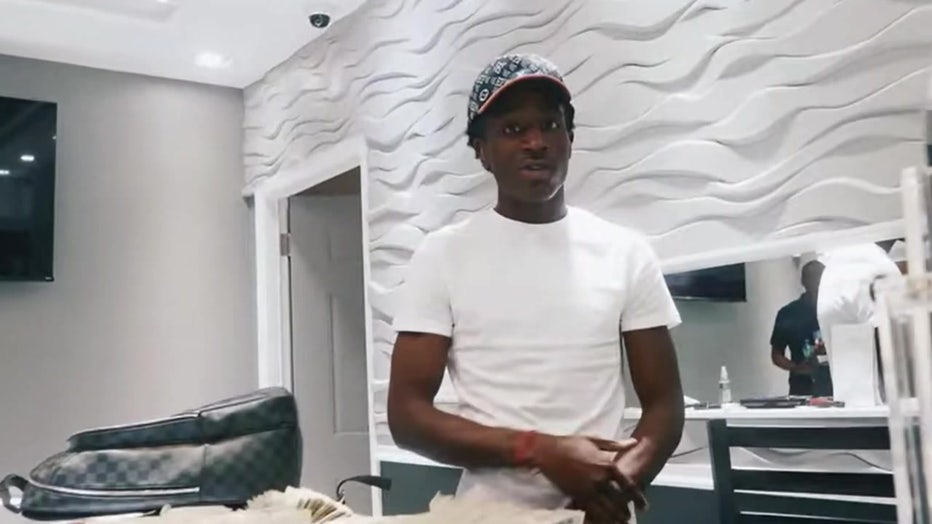 Flint rapper Cliff Mac was indicted on murder-for-hire charges after officials said he hired a hitman to kill a suburban Detroit woman.

After the shooting, Sims drove to a nearby apartment complex where he abandoned his vehicle. Shortly thereafter, Terry picked Sims up from the apartment complex. Terry later agreed to pay Sims $2,500 for the failed hit. Authorities previously said that Sims received $300 from Terry.

As for Cliff Mac, the King of Flint was also charged in a separate murder case in Genesee County for his alleged role in an August 2021 murder case.

According to court documents, he took a flight from Detroit to Washington D.C. after the failed hit in Sterling Heights. In the process, he posted a picture on his Instagram account of himself and others who appear to be performing a celebratory toast.