MACOMB CO., Mich. - Volunteers of Stony Creek Metropark are worried about a female bald eagle that is injured and possibly in danger.

Joan Bonin, an avid birder, and volunteer at the park first spotted the eagle last week, spying an injured foot. She said the female has been an institution and has lived there for years.

"This bird has been in the area since 2010. Her first successful nesting was in 2013 and she and this male that are down at this nest have had 12 offspring since the beginning," she said.

Injured bald eagle ousted from her nest could be in danger

Since the female's spotting, Bonin has no idea where she is now. However, she has a theory about why she disappeared: a rival female.

"There is a second young female bald eagle that is very large that is vying for competition for this male and I don't know precisely but I think she was probably attacked by this female," said Bonin.

In fact, the larger female has already taken over the original nest. Bonin said she saw the new resident bird mate with the male eagle yesterday.

Now, the search is on for the other bald eagle. And considering how much space officials would have to cover in order to find her, volunteers are worried about their chances.

"This is such a big park and there are a lot of areas that are hard to access," said Ray Ortiz, an avid birder.

And as more time passes, the more people are worried about the status of the injured bald eagle.

"That bird has nested here and has raised offspring and it would be a shame for it to go that way," said Ortiz. 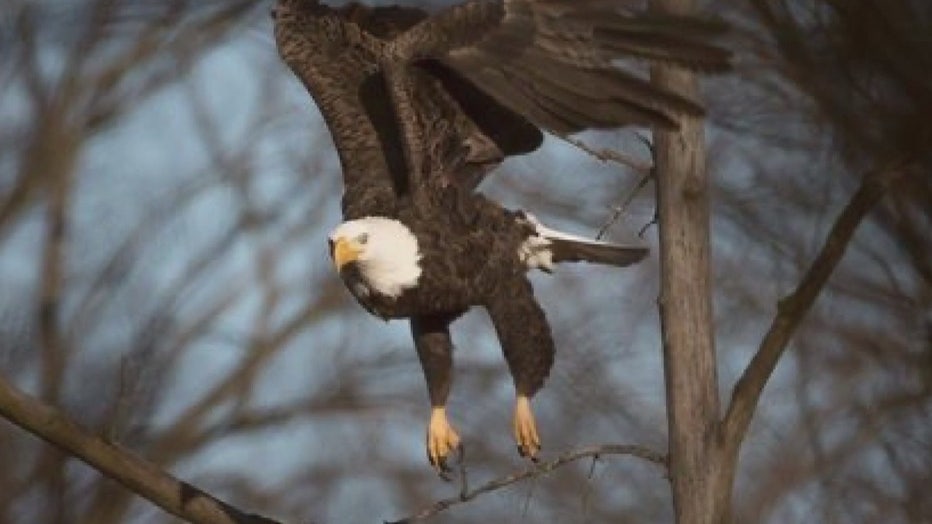 Stony Creek Metropark, located off of 4300 Main Park Road in Shelby Township, is 4,461 acres large and features a variety of landscapes from wetlands and woodlands to prairies and a 500-acre lake.