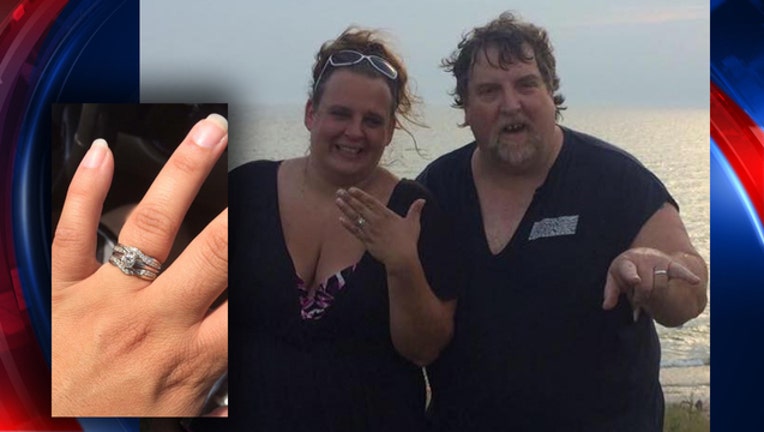 SOUTH HAVEN, Mich. (WJBK) - A bride-to-be is lucky to have her engagement ring back after it slid off her finger in Lake Michigan. It was missing for two days before it was found by a complete stranger.

Jamie Kennedy asked her Facebook friends in South Haven to let her know if anyone found her ring.

Her post just happened to have been seen by John Dudley, the president of a metal detector club in western Michigan.

Dudley battled strong waves and found the 1.3 carat ring in the bottom of the lake -- making Kennedy believe 'miracles can happen.'

WZZM-TV reports that Dudley reached out to Kennedy, a Decatur resident, and offered his services. Kennedy says she "practically walked on water" when Dudley gave her a thumbs-up to indicate that he had found it.

Kennedy posted on social media that the ring had been found, and shared photos of her smiling, showing off her newfound ring with Dudley.

"I am forever grateful," she says.