Anti-Semitism on the rise in new study, says AJC

One out of five Jewish Americans worked to hide what they wear, or where they go, according to the study.

FOX 2 - Three years ago today, the deadliest anti-Semitic attack in the history of the United States took place. The Tree of Life synagogue in Pittsburgh became a murder scene with 11 people killed and six people hurt.  Survivors of the Holocaust were included in the attack.

"It’s actually the moment that caused the American Jewish Committee to want to report on how American Jews were feeling and experiencing anti-Semitism in America. So this was our third year of collecting this data," said Holly Huffnagle of the AJC.

Just moments after testifying to Congress on the state of anti-Semitism, she talked to FOX 2 about a new study that shows where America stands when it comes to anti-Semitism.

"One in four American Jews (felt they were) targeted by anti-Semitism this past year, whether physical attacks, remark in person or online," she said. "We found that 39 percent of American Jews have change their behavior in some way, out of fear of anti-Semitism, and that was a really new finding for us."

That means they chose not to post about, or talk about, a Jewish holiday or talk about Jewish issues, out of fear of hate speak.

One out of five Jewish Americans worked to hide what they wear, or where they go.

"A Jewish synagogue, day school, because of fears of anti-Semitism," she said. "And then also a large number avoided wearing things that might identify them as Jewish like the yarmulke or a star of David necklace for women, as they actually want to hide their Jewish identity."

Huffnagle says there are some positive findings too. Part of it is identifying the problem - there is no way to fix it, without acknowledging it.

"Last year, we found that nearly half of Americans, 46 percent, weren’t even familiar with the term anti-Semitism," Huffnagle said. "This year, that number has dropped to 34 percent. So it’s still one in three Americans that are unfamiliar with the term but there is a growing awareness, but really that first step is that awareness." 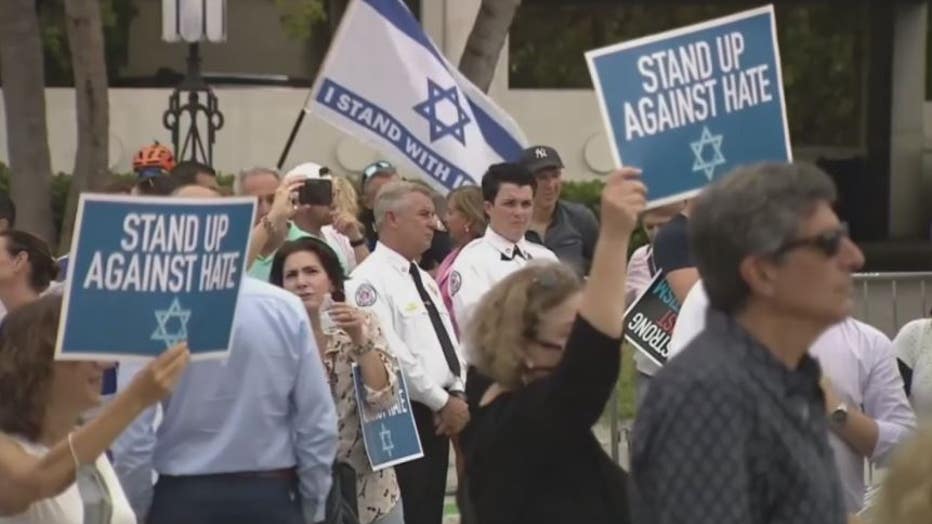 "Americans are actually witnessing it, they see it  So we need people who see it to say something, to report it. Don’t leave it on the Jewish community to report these incidents," she said.