SOUTHFIELD, Mich. (FOX 2) - A Grosse Pointe Park man and an alleged international drug trafficker from Albania worked together to build a submarine with plans to smuggle cocaine across the Atlantic Ocean, according to a federal indictment.

Ylli Didani, 43, was charged this month after his arrest on March 31 in Charlotte, North Carolina, on charges of conspiracy to distribute cocaine, according to the United States Attorney's Office.

According to Acting U.S. Attorney Saima Mohsin, Didani and other co-conspirators, including a man from Grosse Pointe Park, planned and financed the distribution of cocaine from several locations, until the Grosse Pointe Park man's death in a plane crash.

According to a criminal complaint unsealed on April 1, Didani was the leader of the international drug trafficking organization that was tied to the U.S., Mexico, South America, and Europe.

Among the plans for distributing the cocaine was a submarine - or an underwater drone. The complaint says Didani and another person were overseeing the design of the submarine which would be utilized to transport large quantities of cocaine to Europe.

The submarine was to be equipped with an underwater modem and GPS antenna and would attach to the bottom of a commercial containership and would then be remotely released from the bottom of the ship while off the shore of Europe. Eventually, it would be picked up by a fishing boat controlled by Didani's organization, the indictment claims.

The complaint alleges that Didani arranged the distribution of several shipments of cocaine from South America to Europe, where it was seized by law enforcement. In 2019 and 2020 authorities said they seized more than 3,400 kilograms of cocaine from the organization with an estimated street value of more than $100 million.

"This is a very significant and important prosecution of a large scale, well-organized drug trafficking organization involved in the distribution of thousands of kilograms of cocaine worth tens of millions of dollars, across multiple continents. I salute the entire law enforcement team who labored so tirelessly on this case, from prosecutors to police officers, federal agencies to local police departments. Their efforts culminated in today’s indictment and demonstrate cooperation and teamwork at its best," Mohsin said. 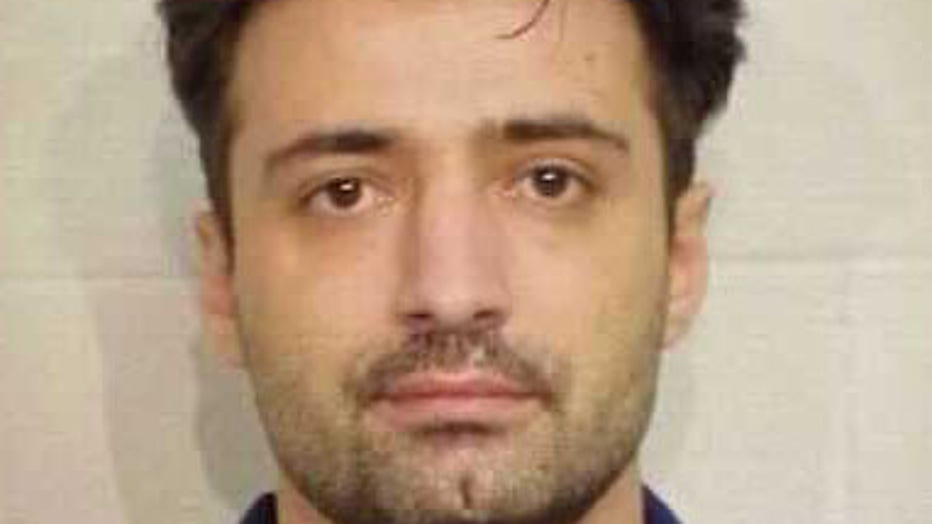 Ylli Didani is accused of being the kingpin of a multi-million dollar cocaine trafficking organization and was allegedly financed by a Grosse Pointe Park CEO.

The investigation dates back to January of 2015 and federal authorities said Didani and his organization had ties to the United States, Colombia, Ecuador, Mexico, Canada, Chile, Albania, Turkey, Brazil, Germany, Dominican Republic, United Arab Emirates, Belgium, Spain. and the Netherlands.

According to the affidavit, Didani was detained back in 2015 at Chicago O'Hare International Airport where he was referred for a secondary inspection by Customs and Border Patrol. His iPhone was searched by CBP, which reported that there pictures of Didani with large amounts of bundled U.S. currency and pictures of him holding what appears to be an assault rifle and handgun.

Didani was convicted in 2005 of operating while intoxicated (third or subsequent offense), which is a felony in Michigan. He's barred by law from possessing a gun in the U.S.

He said he was visiting from Albania for a month or month-and-a-half and was returning to continue his coal business.

One year later, in August 2016, he again was stopped at O'Hare for a secondary inspection. During that stop, CBP said they found seven vials of human growth hormone, which were all seized by CBP.

Again, his iPhone was searched which again showed large sums of bundled $100 and $20 bills, officials said. One of the pictures was dated June 9, 2016, and was geo-tagged to an apartment in Macomb County, which was being rented to a co-conspirator, who authorities did not name but refer to him as CC-1.

During that same search of his phone, authorities said they found a 'Viber' text message thread. Viber is an app that allows communication through encryption. This thread was started on July 5, 2016, and ended August 5, 2016, and involved Didani and CC-1.

In that conversation, Didani and CC-1 exchanged information regarding a burner phone, 'clean money', and cash being sent via FedEx inside a magazine.

Also included in that conversation is a picture of another phone that has a picture of a duffle bag full of rectangular wrapped packages. Federal authorities said that's consistent with kilogram-sized packages used to transport bulk quantities of cocaine.

Authorities also said that conversation included a discussion about finding someone to help move 100M euros from Deutsche Bank to a bank in Dubai without the bank reporting the transactions and involved another man, 'Marty' who authorities call CC-2.

Though authorities do not identify CC-2, the Detroit News identifies him as Marty Tibbitts, CEO of Harper Woods-based Clementine Live Answering Service.

The feds allege CC-2 was financing a large portion of Didano's organization's activity and gave a large amount of money to CC-1 through cashier's checks and personal checks to a total of $864,000. These checks were cashed at pawn shops and gold exchange businesses, which are used by drug traffickers to launder drug proceeds to avoid detection, federal authorities said.

The first check was cashed on June 9, 2016, the same day that photos of cash were located on Didani's iPhone were time-stamped in Macomb County.

Between June 19 and August 12, 2017, CC-2 wired more than $1.8 million to different people in Albania in four different transactions. One went to an unnamed person known by investigators, another allegedly went to Didani, and the last one went to himself.

On August 16, 2017, records show Didani sent CC-2 a package to CC-2's primary home, in Grosse Pointe Park. The package listed them as "computer and personal items" and a second package arrived the next day that was listed as "cards and papers".

The feds say this is actually how drug traffickers and money launderers send their electronics they know may be searched at an international border. The second package typically includes a password to unlock the devices so authorities can't unlock them for information.

This is where the underwater drone - aka submarine - comes into the story. Authorities said CC-2 was bankrolling Didani's plans to buy cocaine in South America but also conspired to create the submarine to attach to the bottom of a cargo ship via magnets to carry the cocaine across the ocean and into Europe.

The submarine would have been remotely operated and would send a GPS location beacon approximately 100 miles off the coast of Europe. This fishing boat would then pick up the cocaine-filled drone and smuggle it into the country.

CC-2 reached out to an unnamed company to create the device and spent the next two years building a prototype that included cavities big enough to fit multiple packages of cocaine. The company was not aware that the ship was going to be used for drug-smuggling purposes.

For the design and prototype, Didani paid the company over $12,000 via wire transfer from an Albanian bank account, money orders, and cryptocurrency, investigators said. Didani also discussed the project with members of his organization, which they called a 'torpedo', authorities said.

On July 20, 2018, CC-2 was killed in a plane crash. Communication with the company stopped and the full-size drone was never completed due to lack of funds and lack of communication. 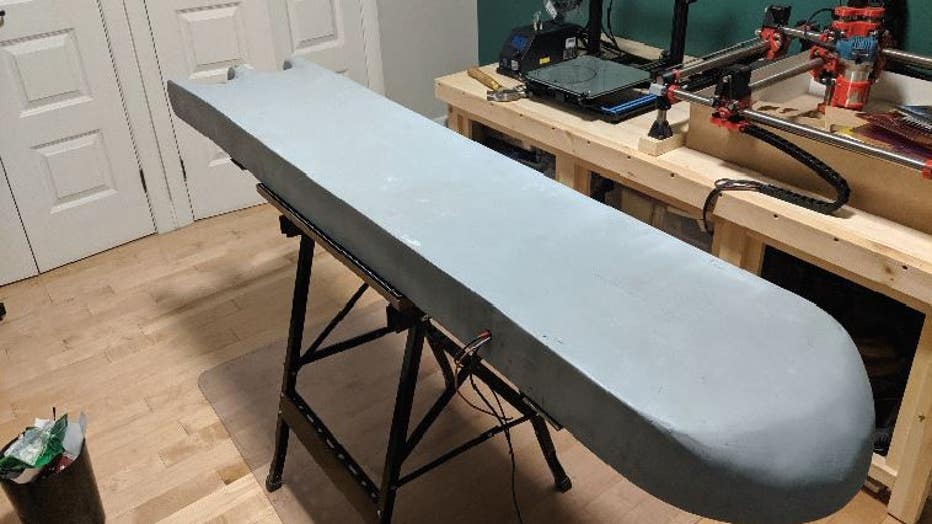 The submarine design, which was never completed.

Searching for a new financer

Without the Grosse Pointe Park-based finances, Didani went looking for a new financer, authorities say, and he expanded his international travel.

In February of 2019, Didani was arrested in the Netherlands while boarding a plane to Ecuador on suspicions of money laundering. Didani had multiple phones and a GPS tracker at the time. He was held for a week before paying a fine and then flying to Ecuador where authorities said he discussed more ways to move cocaine using import/export companies based in South America.

While still searching for a financer, Didani's organization gained access to and created large enough companies that ship cocaine hidden in a legitimate cargo plus paid port workers and foreign customs employees to help get the drugs across borders undetected, feds claim.

In July 2019, Didani secured financing to replace CC-2 for the organization and he began receiving money in large amounts while organizing shipments from South America to Europe, including the Netherlands, Belgium, and Spain.

On August 11, 2019, authorities seized 753 kilograms at a Netherlands port. The shipment was among a container of bananas and originated from Ecuador via a company called Bioexpor. The receiver was a company named Frubanal AG, a wholesale produce distributor based in Germany.

Electronic data shows Frubenal AG ordered 'bioban' bananas from Bioxpor. In these boxes of bananas were not the yellow fruit you'd expect, but instead were brown and green packages of cocaine, each marked with a picture of a handgun on the top. 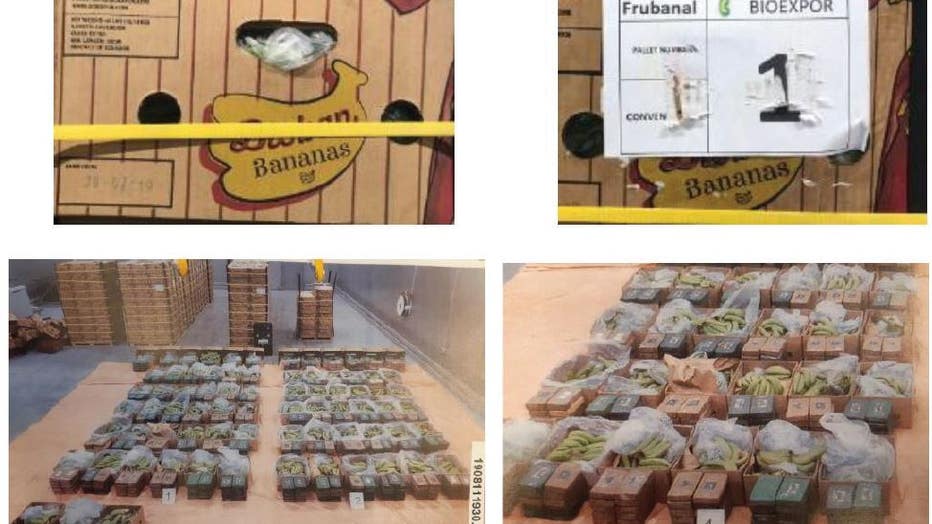 Federal officials say cocaine was hidden among shipments of bananas when they arrived in the Netherlands.

In September of 2019, Didani had a third co-conspirator (CC-3) buy at least five bulletproof jackets, authorities alleged, his second such order of Kevlar jackets of the year, bringing his total to 9.

On February 17, 2020, DEA agents in Detroit shared information with the DEA office in the Netherlands about a commercial cargo container that had been loaded with cocaine and was allegedly financed and organized by Didani. Five days later, based on that information, Dutch Port Authorities seized 14 large back duffle bags containing roughly 644 kilograms of cocaine.

Didani was arrested on March 31, 2021, and faces charges of conspiracy to distribute cocaine. 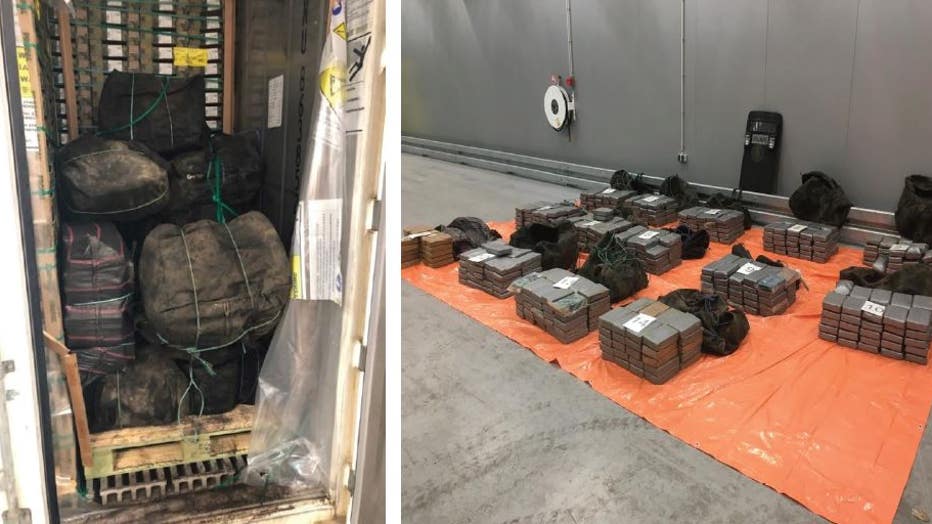 Authorities said they seized almost 2,000 kilos in two different busts in the Netherlands, both orchestrated by Ylli Didani's organization.