SHIAWASSEE COUNTY, Mich. (FOX 2) - Mark Latunski, the man accused of murdering and cannibalizing part of a man he met on Grindr has been granted a competency hearing after he faced a judge of the first time.

Charges against Latunski have been placed on hold after the Shiawasee County judge granted the competency hearing to determine if he is mentally stable enough to stand trial. Doug Corwin, his court-appointed attorney, says Latunski was not competent in what he was doing. 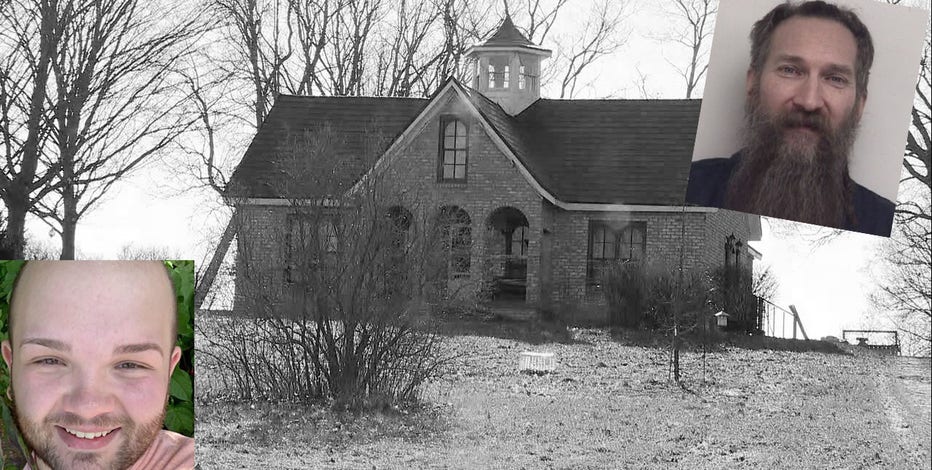 House of Horrors: Grisly details in murder, cannibalism of Michigan man who met man on Grindr on Christmas Eve

A Michigan man is accused of killing another man he met on Grindr. According to court documents, he admitted to hanging his naked body from the ceiling and even eating part of the man.

"We are alleging at the time of the events that he was maybe criminally insane," Corwin said.

Editor's note: some details in this story are graphic and may be distressing to some

Latunski is accused of murdering 25-year-old Kevin Bacon and eating part of his genitals. Police said he was found naked, hanging upside down from the ceiling of the home.

Latunksi later admitted to police that he stabbed Bacon, slit his throat and then hung him with a rope from the rafters. He also said he cut off a portion of his genitalia and ate it, the documents say.

Corwin said of his client that he believes he's a royal named Edgar Thomas Hill.

"He's cooperative, very polite other than - I call them grandiose - stories and he seems to really believe them," Corwin said. "He believes his name is someone else - he believes is from a royal family out of Wales, the Thomas Clan."

Corwin says Latunski has spent time in mental health facilities four different times, all of which were court-ordered.

"It's gut-wrenching to hear the details and we are just beside ourselves," Bacon's father, Karl Bacon, said.

Bacon left his house to meet Latunski on Christmas Eve after meeting on Grindr. Kevin knew at least to some extent that the 50-year-old was involved in a violent, sexual fetish.

After several days missing, tips eventually led them to Latunski's house where they found Bacon.

"He's not what you would picture in your ordinary mind when you hear the gruesome details of a case like this," said MSP Lt. David Kaiser.

Latunski's employment history is unclear. But Kaiser said in court on Wednesday that his home was set up for a lifestyle of dark sexual fetishes including S&M.

"There was a secluded room, a secret room if you will, and when they entered that room, that's when they found Bacon hanging naked," Kaiser said." There was a mechanical contraption in the basement and it may have been used for other purposes."

Since October, two different men were seen frantically fleeing Latunski's home in fear. His neighbor, Michael Parks, believes he saved at least one man back in November.

State police responded that day, but the men did not press charges claiming what happened was consensual.

One man flew in from New York to meet Latunski said that he was spooked by him, but not enough to leave.

"We learned later that he contacted Latunski back who came and picked him up and he stayed for an additional 2 or 3 days," Kaiser said.

According to Kaiser, there is no evidence of any other victims but they continue to look at missing persons cases that could match up. They also plan to search a 40-acre, abandoned farm belonging to Latunksi's family.

Producer Note: An earlier version of this story said that Latunski worked at Dow as a chemist based on previous information from law enforcement, but this was not accurate.