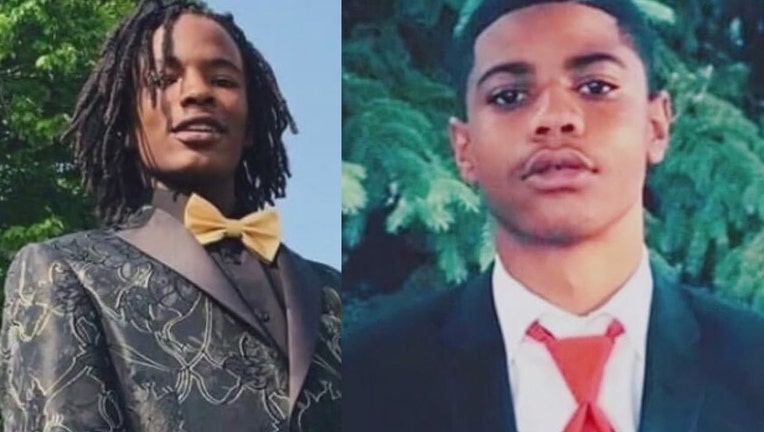 Trey Taylor (Left) and Jaymink Allie-Johnson were friends since middle school but they both were killed six months ago.

DETROIT (FOX 2) - The suspect wanted for a crash that killed two Detroit teenagers in February was arrested this week and was arraigned for the deaths of the two friends.

Trey Taylor, 19, and Jaymink Allie-Johnson, 17, were killed by a suspected drunk driver in February when a speeding driver ran a stop sign and slammed into them on Detroit's east side.

After seven months of waiting, their two moms are getting the justice they've sought after Detroit Police said they arrested the driver for two counts each of reckless driving causing death and operating with a suspended license causing death.

The driver, identified in police records as Raynard Harris, 30, was arraigned on Wednesday on the four charges.

The arrest and charges come just days after FOX 2 told the story of Trey and Jaymink, two friends from middle school who were killed. Their moms, Natasha Hart and Cherice Allie couldn't comprehend how someone would take the teens' lives and nobody was charged at that time.

"It's just everyday - pain. I don't know how you sleep taking somebody's child away," Natasha said.

The teens were going to a coney island when they were killed near Savage and Carrie on the east side.

Police said last week they were told by Harris that a 25-year-old woman he was with was driving the car but police said they were waiting on DNA tests to return, which were delayed due to the pandemic.