DETROIT (FOX 2) - A suspect is on the run after shooting at Detroit police during a chase Thursday.

According to Detroit Police Assistant Chief Charles Fitzgerald, officers heard gunshots in the area of Greenfield and Eaton around 5:40 p.m.

Officers approached a red Buick occupied by three people around the block who told them that someone in the vehicle behind them was shooting at them. However, the people in the Buick were the ones shooting, police said.

Police chased the Buick for about three miles before the driver crashed. The three suspects got out and ran. 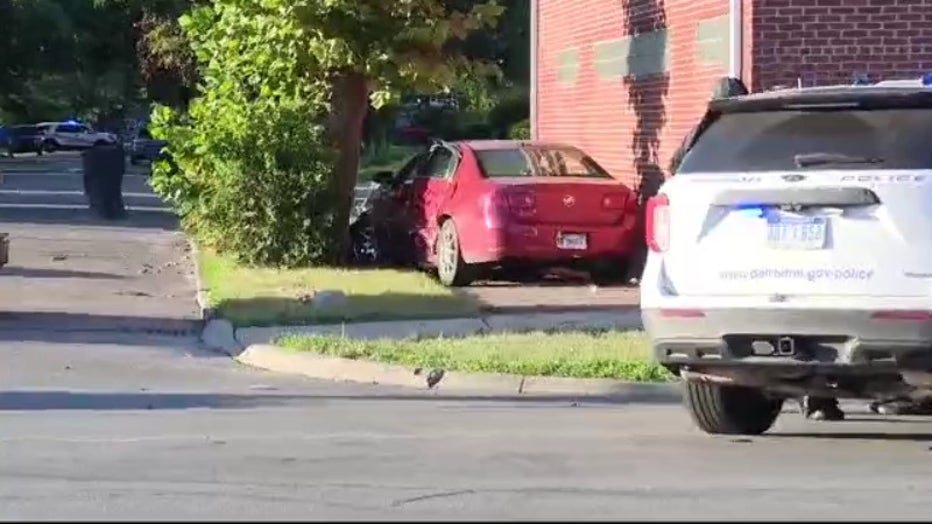 "The shot was fired in the officer's direction," Fitzgerald said.

The officer was not struck.

Two of the suspects were arrested, while the suspect who shot at the officer stole a silver Ford Flex that was running and fled. Police are still looking for the suspect and that vehicle, which had a license plate number BVM 574.

Detroit Police give update on chase with shots fired

Detroit Police Captain Charles Fitzgerald gives an update on multiple cases of shots fired at police including a carjacking and another with a 14-year-old leading police on a wild chase.