DETROIT (FOX 2) - FOX 2 is not naming the suspect in the shooting of two Detroit police officers including the killing of Rasheen McClain Wednesday because he has not been charged yet.

But we know who he is and we're looking into his background. Although no amount of suffering justifies the taking of another life, a look back at the suspect's upbringing reveals a life that started rough -- and got rougher.

Juvenile court records show that the suspect was removed from his family when he was just 3 years old. He spent about five years in foster care before returning home.

By the time he was 14, he was prosecuted for breaking and entering and car theft

Less than a year later, he got caught breaking into a school and ransacking a vending machine.

Court records alternately say his parents could not control him, and that he was attending school and adjusting well.

When the case went to court, records say "no parent is available to plan/control son or bring him to court."

And when the judge ordered him locked up, "the suspect became irate when leaving courtroom ... and he assaulted a hand dispenser."

That case was ultimately moved to the Circuit Court, where the suspect was tried as an adult. He pleaded not guilty. The case was later dismissed.

Suspect 'baited' Detroit officers by hiding in basement before shooting that killed 1 DPD officer, hurt another

Over the next three years, he would be convicted of two more violent crimes and sentenced to prison.

Police believe he is responsible for a series of shootings including possibly another murder. 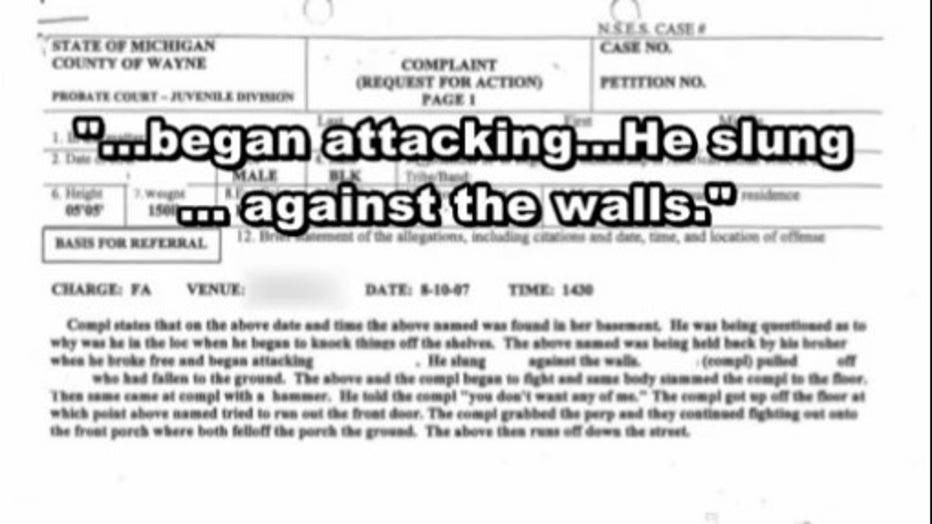