DETROIT (FOX 2) - UPDATE: Tuesday night the city of Detroit has shut down the east side Chalmers Banquet Hall for not being up to code and not having a license since 2013 following a shooting overnight.

Detroit Police said one person was arrested for the shooting of 6 people, including one fatally, at a banquet hall that police said was unlicensed.

The city of Detroit has shut down the club on the city's east side where six people were shot overnight.

Interim Detroit Police Chief James White announced on Tuesday that a suspect was arrested for the shooting but they're still trying to determine what led to the shooting at Chalmers Banquet Hall.

It was around 2 a.m. on Tuesday when gunshots erupted at the banquet hall near Chalmers and I-94 in Detroit. A total of 6 people were shot, including a 27-year-old man who was in a wheelchair from a previous shooting. That man died from his injuries.

During a press update Tuesday afternoon, White said they were closing in on a suspect. Just a few minutes after he finished his update, a 30-year-old man was announced as being in custody. Police said they're searching for another suspect.

Family members said the man had 12 siblings and was an innocent bystander. But White said this was a targeted shooting at an event where more than 100 people were gathered.

He also said there were previous issues with the business over the past several years and that the banquet hall has not had proper licensing since at least 2013.

Detroit Police said a suspect was arrested Tuesday, just hours after a man was killed at a Detroit banquet hall.

The business has changed hands at least six times over the past five or six years. Police said there have been violations in the past, including the shooting of six people back in 2015. 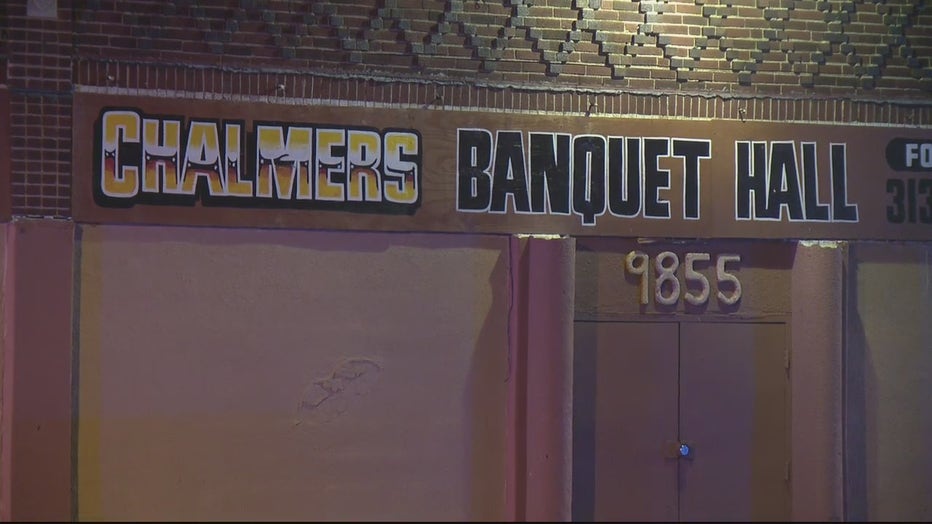