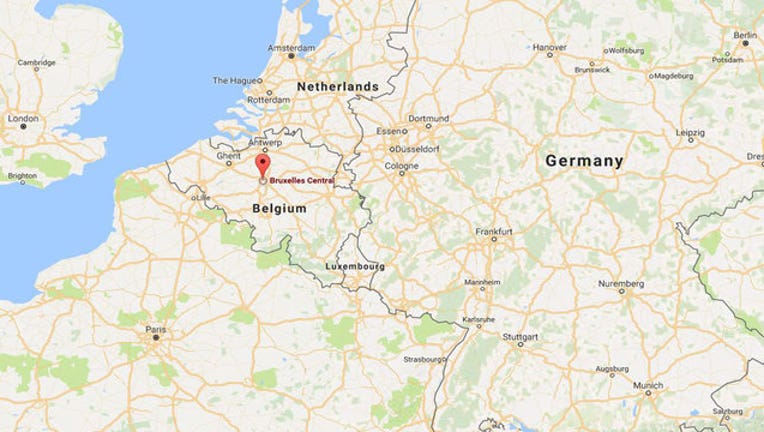 BRUSSELS (AP) - Soldiers shot a suspect after a small explosion at the central Brussels train station Tuesday night, a spokeswoman for the city prosecutor's office said.

It appeared no one else was injured and the damage was limited, Ine Van Wymersch told VRT network. It was not clear if the suspect survived.

National newspaper La Libre Belgique quoted the Brussels prosecutor's office as saying the suspect was wearing a backpack and an explosive belt. Photos posted on social media showed a small fire in the station.

Brussels police said via Twitter that there was "an incident with an individual at the station. The situation is under control."

The station is one of the busiest in the nation and soldiers could be seen patrolling there after the explosion. It was evacuated along with the Belgian capital's Grand Place, a major tourist site about 200 meters (656 feet) away.

Belgium has been on high alert since suicide bombers killed 32 people on the Brussels subway and at an airport in March 2016.