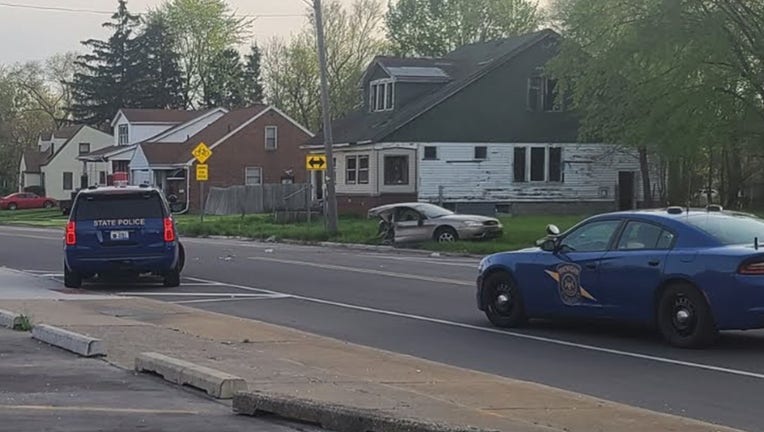 DETROIT (FOX 2) - The driver of a vehicle that fled a traffic stop in Detroit is missing after crashing into a pole on the city's east side.

Michigan State Police said a trooper attempted a traffic stop on a car for an improper plate around 5:30 a.m. The car initially pulled over but soon fled when the officer got out of the car.

According to online posts from the MSP Thursday, the officer did not pursue the fleeing vehicle.

The suspect driver continued traveling at a high rate of speed before crashing.

Footage of a car that crashed in the area showed it split in half. The front end of the car had come to rest on a plot of land.

When police caught up to the crash, the driver was not in his vehicle.

Detroit police have since been notified and green light cameras in the area captured the suspect running from the vehicle between houses after the crash. K-9 units have since been called to the scene where they tried to track the suspect.