Police are still looking for Adrian Lamar Brown who was driving a large burgundy SUV.

WARREN, Mich. (FOX 2) - Warren police say a manager at a Warren Subway on Nine Mile was abducted while on the job by her ex-boyfriend was found safe sometime around 10:30 p.m. Tuesday night.

Warren Police Commissioner William Dwyer said that Michelle Jackson was found safe. But investigators are still looking for the suspect, Adrian Lamar Brown - who police say has a violent past.

Brown, described as 5 feet, 6 inches and 175 pounds, has a criminal record that includes a prior abduction conviction for the same crime.

"He cut a tether off on the 6th. They have an active warrant out now," Warren police Lt. David Kriss said. "They are searching for him."

Jackson, was at work around 2 p.m. Tuesday afternoon when Brown stopped by.  Witnesses say they argued in the parking lot for at least 20 minutes.

"But he was a good distance away from her," said a witness. "Like she was trying to walk away, but  then came back and they were arguing."

"We had an unmarked car in the area, they saw an altercation take place in the parking lot,"  Kriss said. "They weren't sure what was going on and they pulled in. They saw the car leave quickly out of the parking lot. Then they heard the radio traffic that an abduction had occurred."

Police say brown implied he had a gun and forced Jackson into his SUV.

"It looked like a burgundy Suburban, we walked right in front of it," said a witness "It was running when we walked in and walked out." 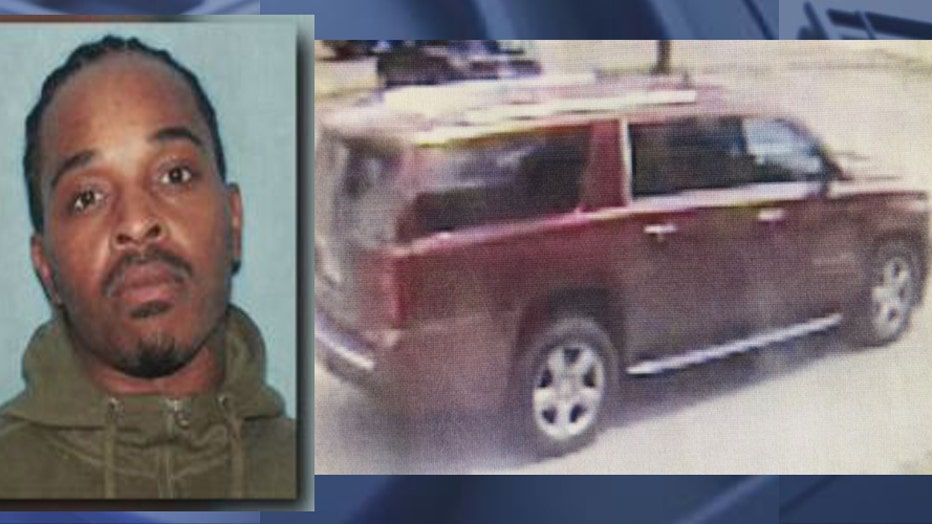 "One of the citizens or employees tried to run out and stop the abduction and the window was broken in the parking lot," Kriss said.

Police were able to give chase for a little while.

"We pursued that vehicle to the area of Seven Mile and I-75 where we lost it," Kriss said.

Now, they are hoping someone can find him again.

Police say the suspect has ties to the Dearborn and Detroit area. He was last seen driving a burgundy SUV with Florida plates, either a Chevy Suburban or Cadillac Denali. Anyone with information should call Warren police immediately or if you see him, call 911.