MACOMB COUNTY, Mich. (FOX 2) - Two suspects from Mississippi led police on a chase in a stolen vehicle after carjacking a victim at a Macomb County gas station Tuesday.

Authorities said the suspects, a man and a woman, fired two shots at the victim at a Shell gas station at 37887 26 Mile Road in Lenox Township around 11 p.m. 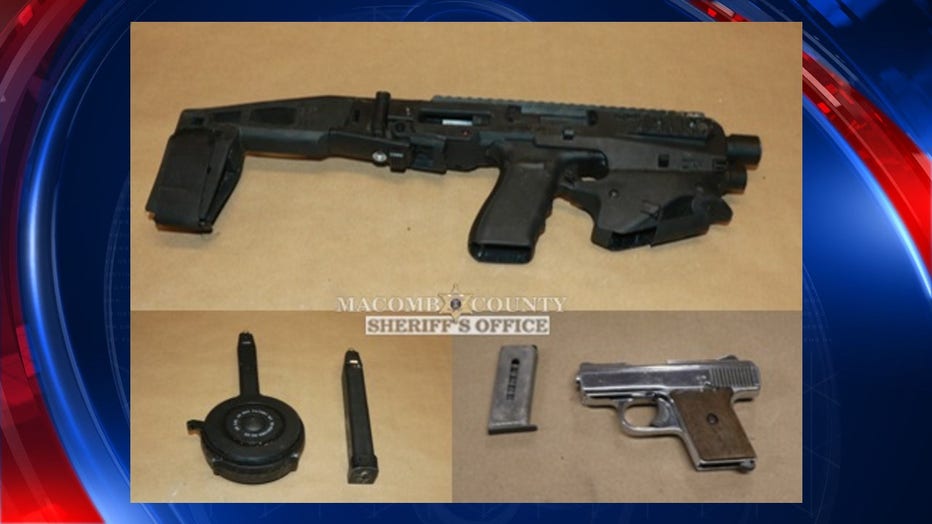 They then fled in his car.

Chesterfield Township police saw the stolen car on westbound 1-94, south of 23 Mile Road and pursued the vehicle. The suspects got off the freeway at Hall Road and headed north on Gratiot Avenue, where Macomb County Sheriff's deputies joined the chase.

The suspects drove into a parking lot, where police say they rammed two Chesterfield police vehicle, disabling one of them. Deputies were then able to disable the suspect vehicle.

The suspects tried to run away, but were arrested. Authorities said the man had a handgun in his waistband and a rifle in a bag on his shoulder. A magazine for the rifle was found in the car.

Police found the vehicle that the suspects were in before the carjacking near the gas station. That vehicle was registered in Mississippi.

No one was injured.