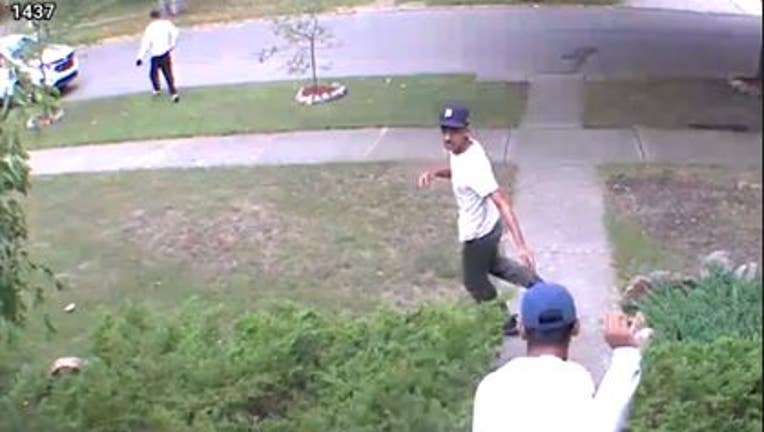 INKSTER, Mich. (FOX 2) - Inkster police are investigating a breaking and entering case at a residence in the city after men who stole thousands of dollars from the homeowner while posing as maintenance workers returned a month later and assaulted two people that live at the home.

The series of incidents unfolded on Aug. 8 and Sept. 9 respectively, leading to the theft of approximately $5,000 in cash when the suspects first came into contact with the victim. They returned a month later before breaking into the home and attacking both the 84-year-old homeowner and her 59-year-old disabled daughter.

Inkster police are now looking for multiple individuals who were caught on surveillance camera that is located over the front door of the home. 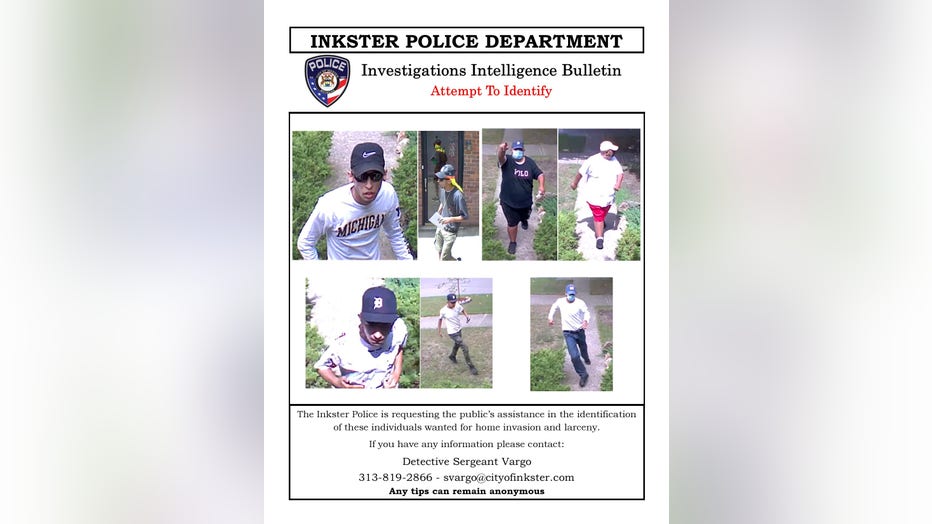 The initial robbery happened on a Monday around 9:25 a.m. when a suspect approached a home on Patterson Court, knocked on the door, and advised the homeowner that she had issues with her gas line and water line.

A release from Inkster police said the two people that live at the home followed the man outside as 3-4 subjects entered the home. While inside, they stole cash before the initial subject who was outside then knocked on the side door, letting the people inside know it was time to leave.

The subject then can be seen running from the location and getting in a dark-colored Ford vehicle.

A month later on Sept. 9 around 2 p.m., the same subjects returned to the location. The homeowner recognized the men and closed the door, before the suspects forced their way inside and assaulted both the 84-year-old and her 59-year-old daughter.

However, they didn't take anything during their second attempt because the homeowner said they don't keep money at the home anymore.

The suspect then gets into a white vehicle and fled the area.