A 21-year-old was gunned down walking along Gratiot, near a Citgo gas station.

DETROIT (FOX 2) - Detroit police need help to track down two suspects wanted for murder. It happened back in October at a gas station on the city's east side and police have released photos of the men police are looking for.

It is a murder case that grows colder each week it goes unsolved. A 21-year-old was gunned down walking along Gratiot, near a Citgo gas station.

"Guy in the orange pumped gas, this person in the red went into the gas station," Capt. Derrick Maye, Detroit police. "As they pulled out, they fire shots."

They left a 21-year-old man to die. It’s puzzling for DPD detectives because security cameras at this Green Light gas station shows that no words were even exchanged.

"We don't know if it was an interaction that happened at a different time and place, and this is retaliation," said Maye.

But Maye, the head of homicide, says they don’t know a motive here.

It happened Oct. 24th at 5 a.m. off Gratiot near E. Forest. The man in the orange hoodie, who was pumping gas, was believed to be the shooter.

He fired out his passenger side window at the victim – who didn’t even go into the gas station and was just walking by. 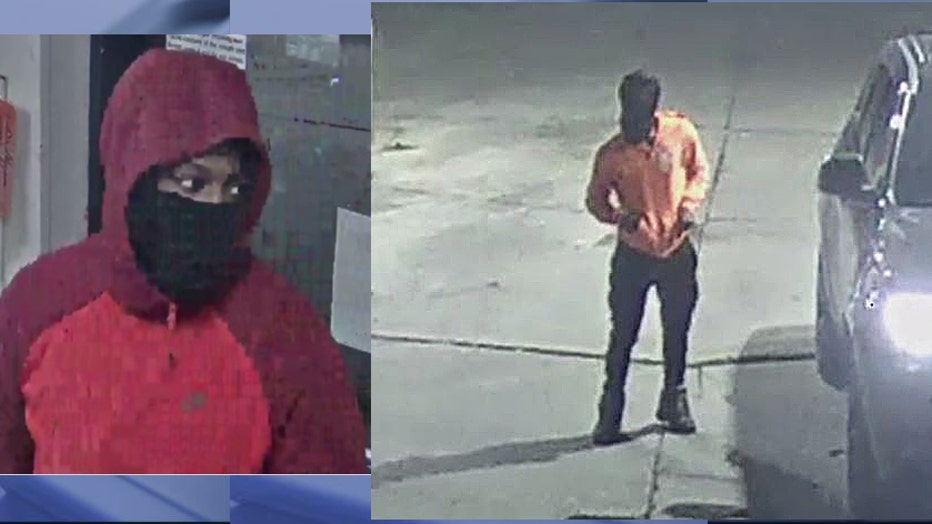 Police say the suspect in red drive the Jeep Cherokee Trailhawk and the man in orange fired the shots in the killing.

"He didn't look agitated, it seems unprovoked at this time," he said.

The captain says they have gotten tips, but nothing has panned out. He says pay attention to the alleged shooter's stature, and his friend - driving the black Jeep Cherokee – Trailhawk edition.

"The community has been really good at helping us solve cases and point us in the right direction, and we hope that continues with this case," Maye said.

If you recognize the shooter or his friends call the Detroit police homicide unit at 313-596-2260. 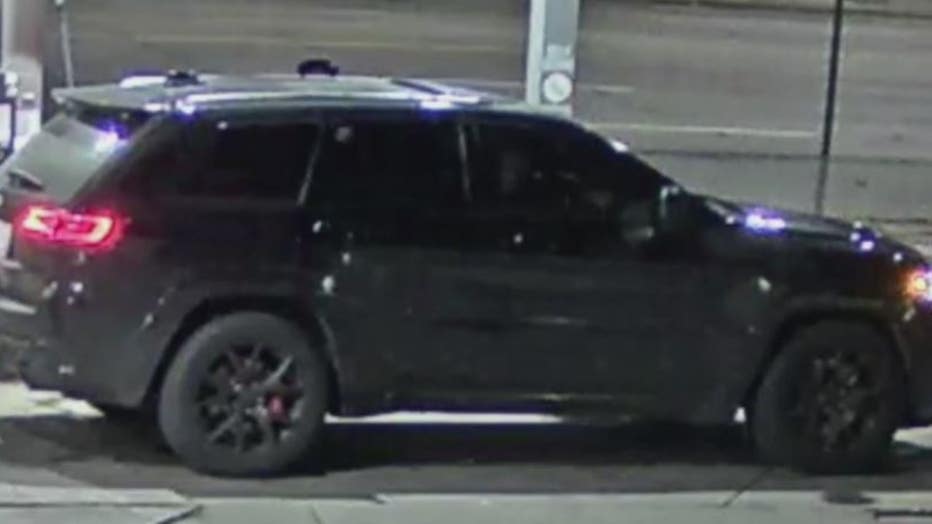