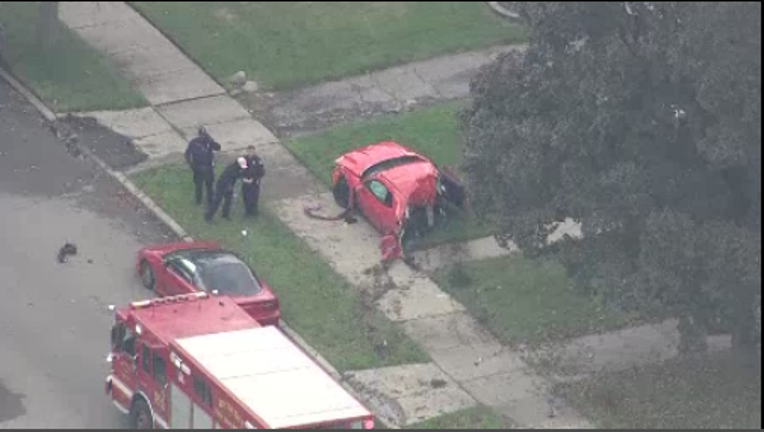 Fire officials said one person was killed in a crash on Detroit's west side.

DETROIT (FOX 2) - A Detroit 16-year-old boy is facing second-degree murder charges for a crash that killed another 13-year-old.

The unnamed boy was charged with the Oct. 21 crash that happened on the city's west side. Police said at the time that the 16-year-old was driving a reported stolen Dodge Charger at a significantly high speed before spinning out.

The car crashed into a tree and split in half, killing the 13-year-old in the back seat and hurting the 16-year-old driver.

RELATED: One killed in Detroit crash as stolen car hits pole, gets split in half

In a press release from the Wayne County Prosecutor's Office, police had been trying to pull over the car multiple times before it sped down Lindsay Street at a high speed.

According to police, the Challenger was going more than 100 MPH when it clipped an SUV and spun in circles before crashing into a tree. The backseat passenger was ejected and killed.

The boy was not named but is expected to be arraigned next week.

One dead, Dodge Challenger split in half after crashing at 100 MPH

A stolen Dodge Challenger that was going at least 100 MPH crashed and was split in half, killing one person and critically injuring a teenager.