Detroit Police said an 18-year-old nursing student was an innocent victim when she was shot and killed while riding her bike Wednesday afternoon.

DETROIT (FOX 2) - Detroit Police have released surveillance video of a distinct vehicle wanted in connection to the shooting death of an 18-year-old nursing student Wednesday afternoon and said she was caught in the crossfire.

Tikiya Allen, 18, was shot and killed while on her bicycle outside of a friend's duplex in the area of Pingree and Linwood around 4:30 p.m.

According to interim Detroit Police Chief James White, it's not believed that Allen was the one the shooters were aiming for.

"We know that Ms. Allen was not the intended target at this point," White said. "It appears - all indications - that she was caught in the crossfire of someone who made a horrible decision to use a weapon to resolve whatever dispute that they were having."

White said they're searching for three or four suspects and also released surveillance video of a distinct Ford Taurus that is linked to the shooting. According to the police, the car had a custom paint job and unique rims.

"That type of vehicle does not come with that paint on it so the car was painted a bright red," White said. "It had very unique rims on it and we’re asking the community for their support in identifying this vehicle."

Allen's mother, Kai Cooks, said her daughter had dreams of becoming an anesthesiologist.

As the family deals with this unexpected tragedy, they’re calling on the community for support and are planning a candlelight vigil at Southfield High School at 8 p.m.

"The community is more than welcome to attend," Cooks said.

A GoFundMe account has been started to raise money for Allen's funeral. 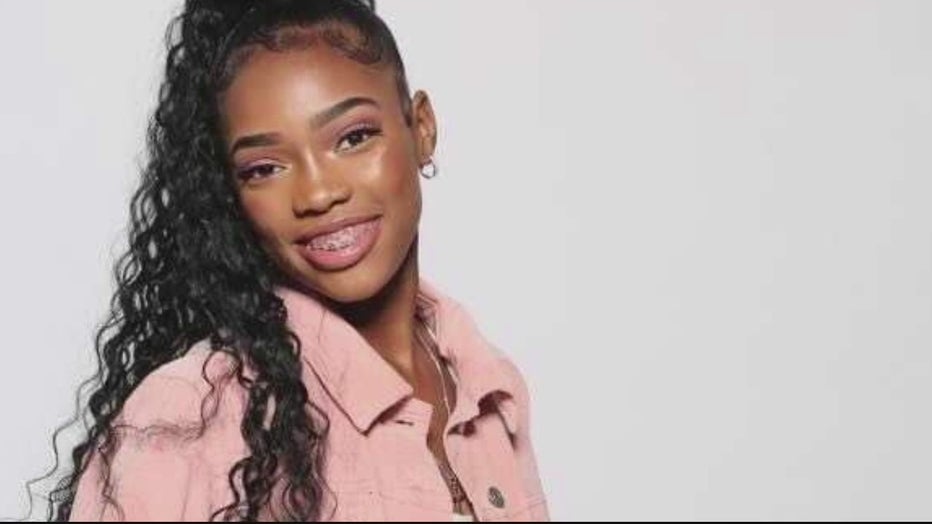