Horrible at wrapping gifts? It might actually play in your favor, study suggests

Whether you love or hate the process of wrapping presents, the presentation of your gift will likely have an effect on the recipient's satisfaction with the gift, and a new study suggests sloppily-wrapped presents might actually be more well-received.

RENO, Nev. - Whether you wrap gifts like Martha Stewart or toss items into a bag at the last second and call it good enough, the presentation of your gift will likely have an effect on the recipient’s expectations about what’s inside — and potentially even how they feel about the present once it’s unwrapped.

Researchers at the University of Nevada, Reno, were curious about the way gift presentation affects people’s satisfaction with the gift. They performed a series of studies to find out, and their findings were published in the Journal of Consumer Psychology.

A popular assumption is that a neat wrapping job will boost the recipient’s satisfaction — after all, Americans spend approximately $3.2 billion on gift wrap each year to make gifts look enticing and beautiful — but researchers found the opposite to be true.

“When we wrap a gift neatly for a friend, we may anticipate that they will be more satisfied with what is inside,” said Jessica Rixom, assistant professor of marketing at the University’s College of Business. “Our research found when gifts are wrapped neatly, and given to a friend, it raises the expectations of the gift inside, resulting in our friends liking the gift less. However, with sloppy-wrapping, our friends set their expectations lower and will actually like the gift more.”

Rixom carried out three related studies with the help of her husband, Brett Rixom, an assistant professor of accounting at the University’s College of Business, and Erick Mas of the Owen Graduate School of Management at Vanderbilt University.

For each study, the researchers observed the reactions of university students and online participants across the U.S. to wrapped gifts in a variety of situations.

In the first study, participants were asked to unwrap either a neatly- or sloppily-wrapped present. All participants were Miami Heat fans, but not Orlando Magic fans, and each of them received a mug featuring one team’s logo. After unwrapping the mug, each participant was asked to indicate how desirable they found the gift.

Participants were found to have more positive attitudes toward the sloppily wrapped gifts, even when it was something they didn’t want.

But after participants in the second study were asked to imagine that a mid-priced pair of earbuds were inside, their attitudes toward the gift were significantly more negative toward the gifts that were neatly-wrapped.

“When received from friends, we use the wrapping of gifts as a cue for what is inside,” Rixom said. “With neat wrapping, expectations are higher.”

The third study revealed that the relationship that the gift-giver has with the recipient impacts the overall satisfaction with the gift — and it turns out, it might be in our best interest to be sloppier with our close friends’ gifts. 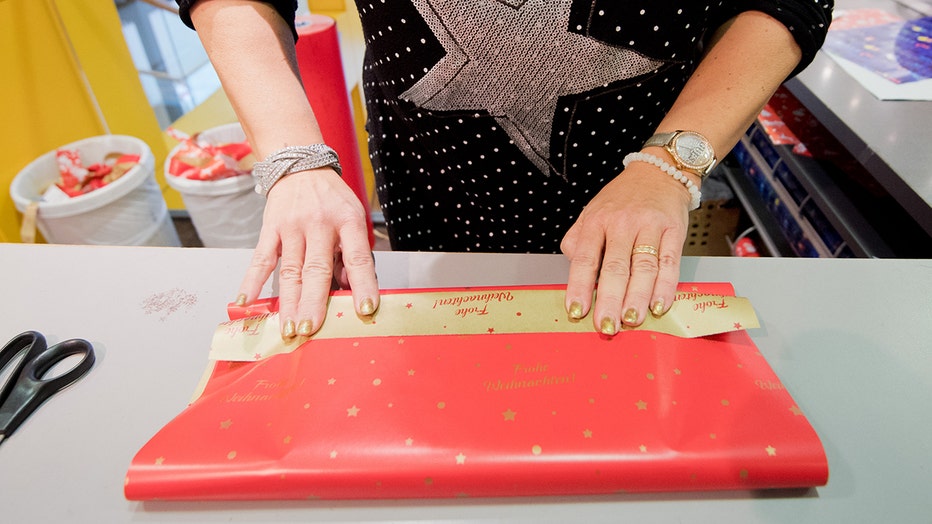 Many people assume that the nicer a gift is wrapped, the better it will be received, but a study found that a sloppy wrapping job might actually make your friends more satisfied with their gift. (Julian Stratenschulte/picture alliance via Getty Images)

Participants were asked to imagine either that the gift was given by a friend or an acquaintance. They were generally happier with a neatly-wrapped gift from an acquaintance than from a close friend.

Finding the perfect gift for a loved one (or even just that person whose name you drew for the office Secret Santa) can be stressful, but how you wrap the gift can help send the perfect message this holiday season.

“When wrapping a present think about who you are wrapping the gift for,” Rixom said. “How you wrap the gift is going to have a different impact depending on the relationship you have with the recipient.”