Attorneys say the FBI is responsible for the sexual assaults of nearly 100 young women by sports doctor Larry Nassar from 2015 until 2018. His crimes were first reported in 2015 to the FBI - but it failed to investigate.

FOX 2 - Attorneys say the FBI is responsible for the sexual assaults of nearly 100 young women by sports doctor Larry Nassar from 2015 until 2018. His crimes were first reported in 2015 to the FBI - but it failed to investigate.

"We went to the FBI and they ignored us - my childhood was ruined because they continued to let Nassar hurt me and it's unacceptable that I am not the only one," said Alyssa Corn, a former cheerleader.

"We have no choice but to take on the FBI," said attorney Megan Bonanni.

Corn is one of the many survivors speaking out after the Justice Department determined late last month the FBI agents involved won't be prosecuted.

Attorneys are now filing a claim - seeking $10 million on behalf of each survivor - a $1 billion lawsuit against the FBI on behalf of almost a hundred survivors could be headed to federal court within the next year.

"This is my first time actually publicly speaking and coming forward - using my name - using my image," said former gymnast Samantha Roy. "So I think it's just something that needs to be done.

"We've been betrayed multiple times but for some reason, this one just hurts more - you're talking about the FBI. You're supposed to be protected and the FBI had a chance to stop a monster and they chose not to."

It's left so many young women unable to fully heal and move on.

"This is the reason why women are scared to come forward," said Erin Blayer, former soccer player. "This whole case has shown how a lot of people can't trust coaches, administration, the FBI, doctors, where are we supposed to go?"

But the massive lawsuit is about much more than money, they say.

"Our group is incredibly motivated to be a change agent," said Bonanni. "And you know there is no healing until the truth is revealed, so those are our goals - healing and change."

And accountability. After all, they say so many institutions have failed these women - from the U.S. Olympic Committee to USA Gymnastics, to Michigan State University - and now the FBI.

The Federal Bureau of Investigations was supposed to investigate - and instead failed them, too.

"They failed to take any action other than to protect the men who had already harmed these women and hide the truth," said attorney Beth Rivers.

"Who knew about this - how far up the chain did this go?" said Bonanni. "And we want answers - we deserve answers." 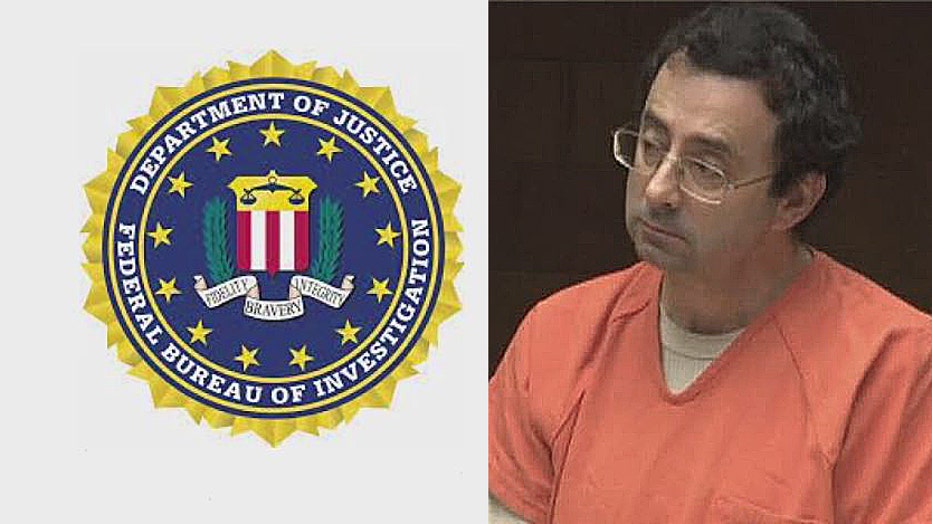