A multi-million dollar project is getting underway on a 22-acre park that will transform the Detroit Riverfront.

DETROIT (FOX 2) - For more than a century, West Riverfront Park was a private 22-acre section of the city of Detroit that was closed to the public. That changed eight years ago when the Detroit Riverfront Conservancy bought the park and opened it in 2014. Now, the park is ready for a massive overhaul, courtesy of a $50 million investment.

The park, which is expected to be completed in 2022 - that's this year - will have an incredible view of the Ambassador Bridge to the south and a view north of the Renaissance Center in Downtown Detroit. But there's so much more.

The park, situated between the intersection of Mexicantown, Corktown, and Southwest Detroit neighborhoods, will be part of the plan to develop 5.5 miles of riverfront land, stretching from the Ambassador Bridge to Gabriel Richard Park, which is just east of the Bell Isle Bridge.

The Ralph C. Wilson, Jr. Foundation committed the money to the conservancy, a nonprofit with the mission to develop public access to Detroit's riverfront. Of the money, $40 million is granted to develop the park and the other $10 million will be seed money to help support the park's long-term sustainability.

The park will feature a water garden, the William Davidson Sport House, the Delta Dental Play Garden with an array of animal structures and the DTE Foundation Hill, an expansive lawn for special events.

"Twenty years ago nobody would have believed that Detroit's riverfront - with its cement silos and parking lots - would become one of the most beautiful and accessible waterfronts in the country," said Mayor Mike Duggan. "But through the work of the Detroit Riverfront Conservancy, city government and countless partners, that's exactly what we have. In just a couple of years, our riverfront will achieve true world-class status when the new Ralph C. Wilson, Jr. Centennial Park opens with its incredible amenities and physical features. Even better is the fact that it will connect to the Joe Louis Greenway, giving residents in neighborhoods across the city direct access to this extraordinary new park. Detroit is so fortunate to have been the beneficiary of this incredible gift from the Ralph C. Wilson, Jr. Foundation."

In 2019, Delta Dental of Michigan made a $5 million investment in a four-acre playground, the Delta Dental Play Garden. The playground will feature a large 20-foot bear play structure that children can climb up and slide down as well as otters, beavers and other imaginative creatures. The Delta Dental Play Garden will become a popular destination that will help young Detroiters spark a connection with nature and develop a life-long love for active living and recreation.

"The Delta Dental Play Garden will be a safe, fun and educational space for the children and families of Detroit and southeastern Michigan," said Goran Jurkovic, president & CEO of Delta Dental of Michigan, Ohio, and Indiana. "Beyond fun and exciting, we fully expect the West Riverfront projects to drive economic development and energy just like the Riverwalk has done on the east." 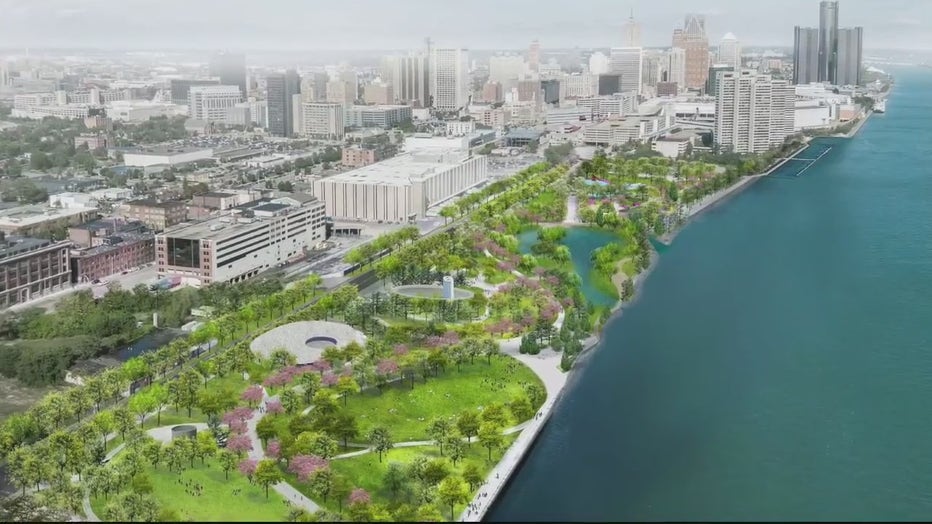