DETROIT - For many in the African American community, the barbershop is more than a place to get a nice trim -- it's also considered a sanctuary.

From the technique to the textbook, the craft is being honed at the Michigan Barber School in Detroit.

"Come July of this year, we'll be at our 73rd year," said Owner Saul Green.

Green's parents, Forrest and Maime Green opened the school in 1947. Forrest grew up in a small suburban city southwest of Atlanta before making the move to Detroit.

"His father was a barber. My dad went to high school there and went to Morehouse College. Came to Detroit as part of the black migration in the 1930s," Saul said.

Forrest held several jobs but his true talent was being a barber. He maintained the spirit of an entrepreneur -- something not easy to accomplish during those times when African Americans could not apply for loans or financial assistance the traditional way through a bank. With their own money and the support of other black business owners in what was then Black Bottom and Paradise Valley, the Greens made their dream a reality.

For black-owned barber shops, it is more than just getting a haircut.

For members of the African American community, a barbershop is more than just a place to get a nice trim. It's a sanctuary for conversation, community support and a place to feel safe in.

"He saw this as an opportunity to create something that didn't exist in Detroit, a place where African Americans could learn the barbering skills," Saul said.

The Michigan Barber School was originally located on Hastings in Black Bottom. When the area was leveled in the 1950s, the Green family relocated to Adams Street where Comerica Park stands today.

In 1964, the Green family moved to a location at Grand River and Joy Road on Detroit's west side. It's worth noting the school even survived the riots in 1967 without any significant damage.

For a family-owned business to survive more than 70 years, given all of the circumstances, is something quite remarkable. Keep in mind today's renaissance that's happening downtown has not made its way to this neighborhood, that like many others in the city of Detroit could use more support.

"I can't tell you the number of time people come up to me - because they've seen me here for much of the 73 years at one stage or another - and they talk about having come here as children and their fathers bringing them here and they're walking in with their kids. So there has been an intergenerational impact the Michigan Barber School has had on this community," Saul said.

The community impact is one reason why the Michigan Barber School is honored at the Charles H. Wright Museum.

"It was also very much a place of brotherhood. Almost like a club," said Museum educator Douglas McCray.

McCray is alluding to barbershops in many ways being a sanctuary in the African American community. Going back in time to the black migration and even further. it was a place of community where you could feel safe.

"It's a place where people can go and there's community conversation. Everything from politics to international news to sports," Saul said.

It's important to understand the past and present -- both seem to have a way of always connecting. At the Michigan Barber School today, the culture lives on. 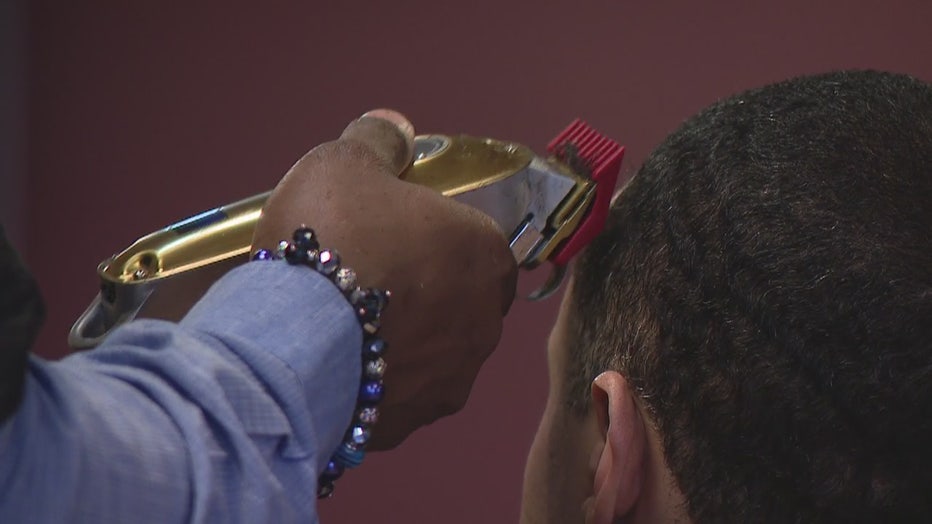 "Putting someone in our chair, and just changing the whole day over," said Student Dionnia Smith.

It's giving opportunity to those who may need a second chance in life.

"The barbershop to a lot of men in the City of Detroit is very vital and important pillar and place in the community," said instructor DeAngelo Smith.

To many others, who like Forrest Green decades ago, simply had the dream of giving people a nice haircut.