A music teacher was left scrambling after thieves broke into a trailer and stole thousands of dollars worth of music equipment. But that didn't stop him or the community from putting on shows scheduled this week.

Tuesday evening, he had a concert to put on. But that morning, he made an unfortunate discovery: the theft of his music equipment.

"Rolled up and saw an open trailer and I said ‘oh no this doesn’t look good.' They broke in, cut off the locks stole anything that was carryable so any bag that was filled with cables, or microphone boxes - a couple of those - they took half of a drum set, they took a guitar, bass guitar, an electric guitar," he said.

In total, it was about $6,000 of equipment taken from a trailer that was parked outside a Royal Oak middle school.

As executive producer and founder of the Detroit School of Rock and Pop Music, Gittinger said he had to act fast if he was going to restore this week's performances.

"I haven’t had time to think about it. The last 24 hours have been a mad dash of acquiring some equipment this week that we can use to make more music," he said.

The performances were salvaged because of the many instruments that had been donated over the years. Folks have continued coming forward and loaning the organization equipment the band may need.

It's the kind of charity that makes him proud of what music can do for others. 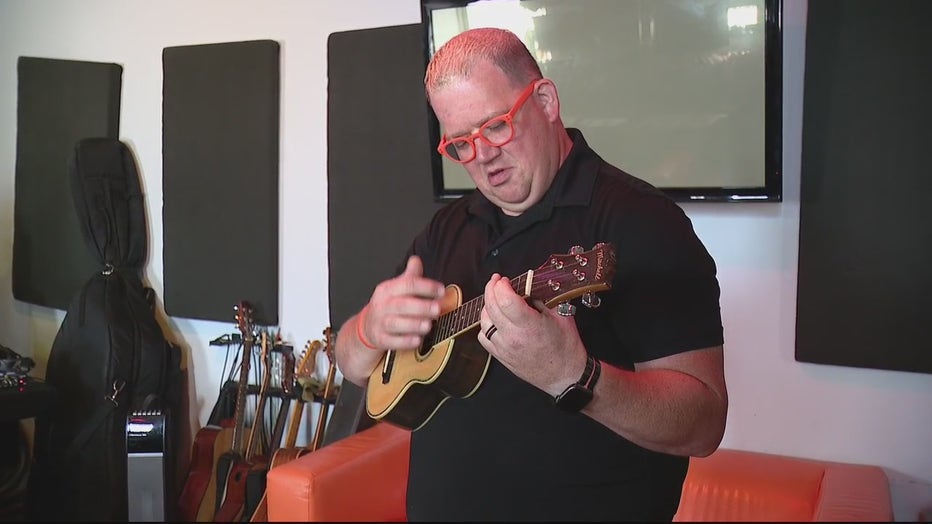 "Everything from the people who are doing the biggest shows in town to the guy down the street who has a couple electric guitars," he said. "It’s pretty amazing. The music community really brings the world together."

In the meantime, Royal Oak police are still searching for the stolen equipment. Gittinger is asking anyone to be on the lookout for what may be stolen band equipment being sold at pawn shops or online.