LANSING, Mich. - A third party will investigate events at Oxford High School that occurred before a school shooting that left four students dead and six other students and a teacher wounded, the Michigan district’s superintendent said.

"It’s critically important to the victims, our staff and our entire community that a full and transparent accounting be made," Throne said.

His comments came after a news conference Friday by Oakland County Prosecutor Karen McDonald that detailed numerous warning signs from the student charged in the shooting: His search for gun ammunition on a cellphone, and a drawing that showed a bullet with the words "blood everywhere" above a person who appears to have been shot along with "my life is useless" and "the world is dead."

"Of course, he shouldn’t have gone back to that classroom. ... I believe that is a universal position. I’m not going to chastise or attack, but yeah," McDonald said. Asked if school officials may potentially be charged, she said: "The investigation’s ongoing."

On Tuesday at the school, roughly 30 miles (50 kilometers) north of Detroit, the student was sent back to the classroom after a school meeting with his parents. Three hours later the shooting occurred. 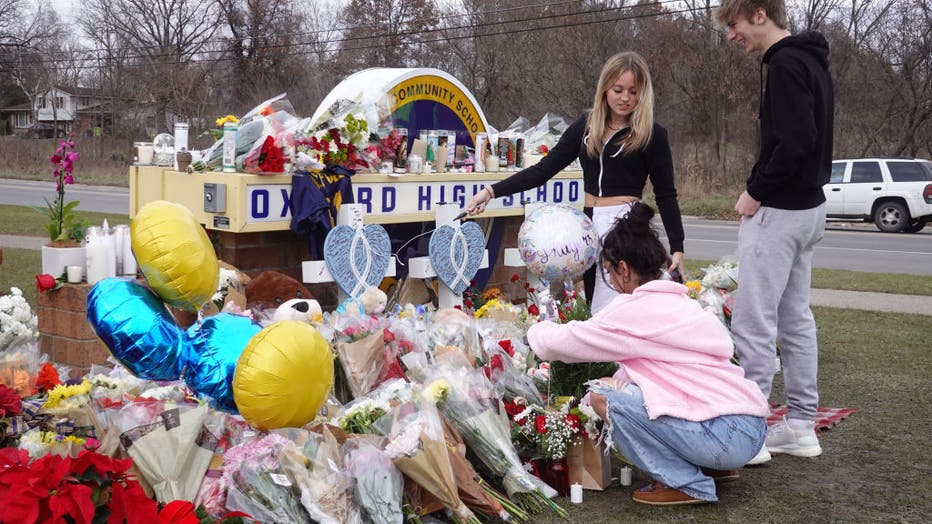 "The school should have been responsible to relay that to the sheriff’s office. It looks like this could have been prevented," Robert Jordan, founder and director of St. Louis-based Protecting Our Students, said Friday. "People died because of those mistakes."

In addition to Jordan, parents of students slain in a 2018 school shooting in Florida say police should have been alerted before Tuesday’s rampage.

The suspect in the Oxford High shooting, Ethan Crumbley, 15, is now charged as an adult with murder, terrorism and other crimes.

RELATED: The family of Tate Myre set up a scholarship fund in his memory

On Friday, prosecutors charged his parents, James and Jennifer Crumbley, with four counts each of involuntary manslaughter. They pleaded not guilty on Saturday and a judge imposed a combined $1 million bond.

The 9mm semi-automatic pistol used in the shooting was bought at a local gun shop on Black Friday by James Crumbley as an early Christmas present for his son, authorities said.

School officials became concerned about the younger Crumbley on Monday, a day before the shooting, when a teacher saw him searching for ammunition on his phone, McDonald told reporters.