DETROIT - A Detroit man out on parole for a murder conviction was charged in connection to a murder-for-hire plot only two months after being released. 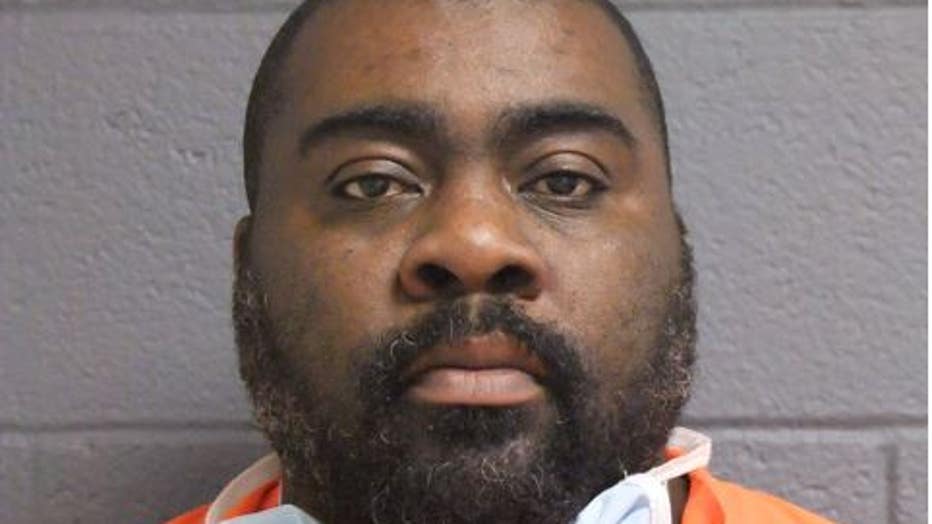 Going by the nickname ‘Chop', Derrick Jackson offered to pay $11,000 for someone to kill his ex-girlfriend (U.S. Attorney's Office at the Eastern District of Michigan)

Derrick Jackson allegedly plotted to have his ex-girlfriend killed after he said she stole from him and sent him to prison. He promised to pay thousands of dollars to someone who shot her at her home in Ohio.

Two days after he first contacted an undercover agent about killing her, he was arrested and charged with using interstate commerce facilities in the commission of murder-for-hire.

Federal authorities began actively investigating Jackson on May 4 when an undercover agent met with the defendant to discuss his request.

The duo's first meeting was in Detroit after a third party informed the agent that Jackson was looking for someone to kill his ex-girlfriend.

Going by the nickname ‘Chop', he introduced himself to the agent after the two had agreed to meet and parked at the intersection of Concord and Warren in Detroit.

The agent said he was aware that Jackson had some "work" that he needed to be done, read a complaint filed in the U.S. District Court's Eastern District in Michigan.

Jackson said yes and that it was "an ex girlfriend of mine" that "took half a brick, twenty thousand dollars" and sent me to prison. I got this s*** on my leg for two years" before showing ankle monitor, according to the report.

A "brick" is street vernacular for a kilogram of narcotics.

RELATED: Dearborn Heights man accused of strangling mother to death while on probation for assaulting her

"I done gave her an opportunity to give my shit back. I was gonna try one more time . . . but I’m tired of playing games. I been out since February," according to the report.

Jackson first promised to pay the agent $11,000 with money he made on unemployment.

He also wanted the agent to tell the target "this from Chop" before he shot her. "I just want head shots, just quick." Jackson also gave the agent $100 to travel down to Ohio to confirm the woman's address.

The agent eventually agreed to do kill her for a smaller sum after Jackson asked if he could pay a smaller down payment.

The two met for a second meeting on May 6 when Jackson provided the agent with $1,600 in cash as a down payment for the planned murder. The agent asked again, "So you said the two quick ‘boom, boom’" while making a firearm shape out of his hand.

Jackson replied, "However you want to do it, I just want her dead."

Jackson had been released from prison in February after serving time for a second-degree murder conviction in 2001. The department of corrections placed a tether on his ankle for monitoring purposes due to a parole violation before.

He's currently in custody and his first court appearance was scheduled for Friday.