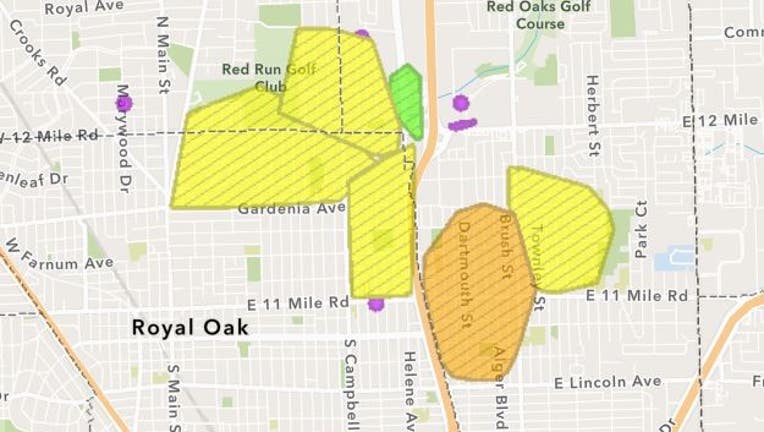 Outage map from DTE showing where power was lost. Courtesy of DTE

ROYAL OAK, Mich. (FOX 2) - Thousands of residents in southern Oakland County were left without power after a fire at an electrical substation Tuesday morning.

More than 7,300 homes were without power in and around Royal Oak and Madison Heights, DTE's outage map showed Tuesday.

According to the Facebook page from a local fire department, firefighters had responded to a DTE substation in the area of 12 Mile and Stephenson. The fire appeared to have started Monday evening.

According to the union Local 431, the firefighters said the fire was "quickly brought under control."

No injuries were reported. Some witnesses did say they observed an explosion after the fire had started.

READ NEXT: Power outages: What to do if a traffic light is out in Michigan

The city of Madison Heights posted online that a substation fire had led to a power outage Monday night. DTE originally did not have a restoration time for power turning back on due to safety issues at the substation.

The latest update from the utility is they hoped to have power restored by the end of the day Tuesday.