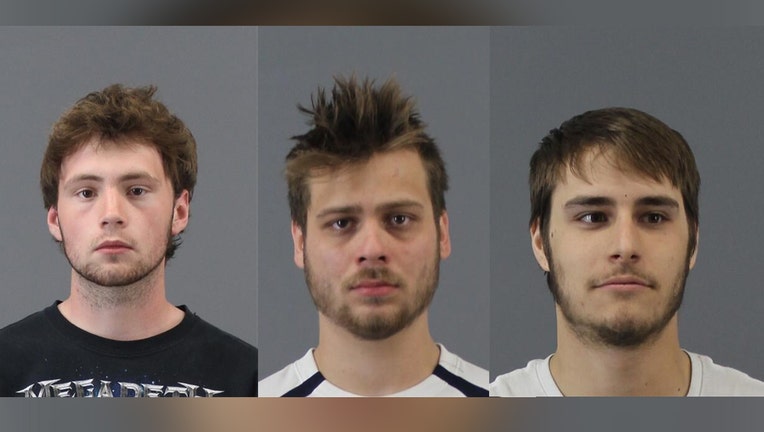 NORTHVILLE TOWNSHIP, Mich. (FOX 2) - Three men were charged in connection with an arson case in Northville Township that police responded to in May.

Northville police and fire crews responded to Legacy Park on Seven Mile Road near Haggerty for reports of black smoke in the air. When they arrived they found two buildings engulfed in flames.

They also came upon several people who appeared to be fleeing from the area. After arresting the individuals and conducting a follow-up investigation, police determined the fires had been intentionally set.

Charging recommendations were received by the Wayne County Prosecutor, which subsequently led to the arraignment of three men: two 20 year olds and one 19-year-old: