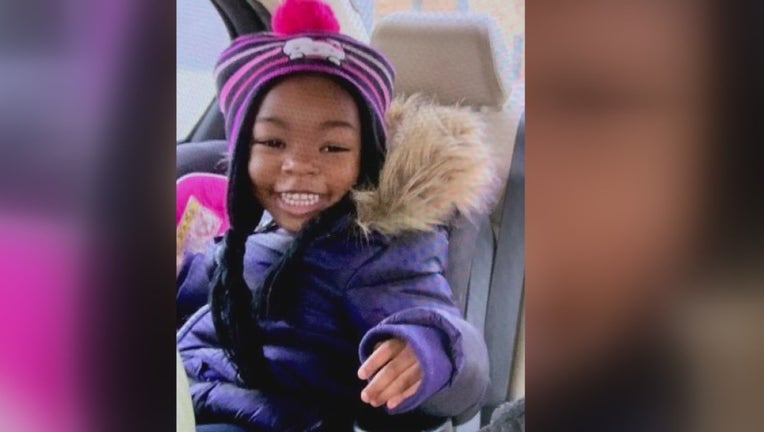 Queen Jaiyana Eloise Norton was last seen with her mom, Shanitra Seay after the girl's mom said she drove off with the little girl in the car.

Shanitra Seay was just arrested by the Atlanta Police Department and will eventually be extradited to Oakland County, the sheriff's office said. Queen Norton is safe with relatives in Georgia.

The father of the 3-year-old girl believed to have been taken by her mother late Monday, saying he believes his little girl is in danger and that this is not the first time she took the toddler.

The original story is below:

Father of missing Pontiac toddler thinks his daughter is in danger

The father of a 3-year-old girl who is the subject of an endangered persons alert says this isn't the first time her mother has taken his daughter from him but it is the first time he's called police.

Queen was with her dad, Terrell Norton, and her mom, Shanitra, when Terrell got out of the car for a moment at a store in Pontiac.

"I went in to see if I had any deliveries I came out and she was gone," Terrell said.

Shanitra drove off with Queen in Terrell's 2004 light blue Jaguar X-type with a paper license plate.

Terrell told FOX 2 that Shanitra had just returned from Alabama in December after keeping the little girl away for weeks. She said this isn't the first time that she's left with his little girl but in the past, he hasn't called police. This time was different and he says he thinks his daughter is in danger.

"If I called for help you for came if you are Child Protective Services," said Vikki Brown.

The Michigan Department of Health and Human Services, which oversees CPS, would not comment on this specific case.

"MDHHS is committed to keeping children safe and working with families. MDHHS is prohibited under the current confidentiality statutes from verifying whether or not a complaint exists and has been investigated, CPS determines whether a child is at risk and takes the appropriate actions to protect the child," MDHHS said in a statement.

The Oakland County Sheriff's Office said the investigation places Shanitra and Queen in the Marine City area. Investigators ask if anyone has seen the mother in this vehicle to please call 911 immediately.