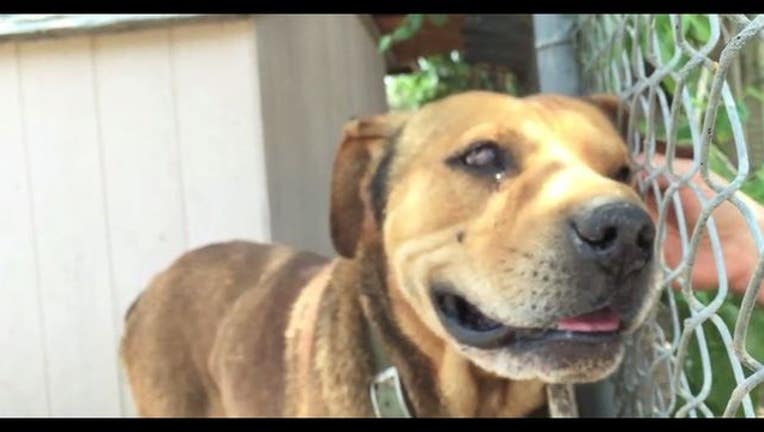 (WJBK) - The incredible story of a dog’s transformation has been going viral online.

Vimeo user Jared Piper posted a touching video of a dog that he calls Rusty Diamond. Rusty was chained up for nearly 10 years in his owner’s backyard. Piper explains that the dog was aggressive, and would growl when humans tried to approach him.

But Piper saw something in the lonely animal and eventually befriended him. He learned that Rusty wasn’t actually aggressive at all. The two became fast friends, and Piper eventually convinced the owner to let him take the dog.

Rusty was freed of his chain, and then an incredible transformation occurred. Rusty went from a neglected animal, to an incredible house pet: