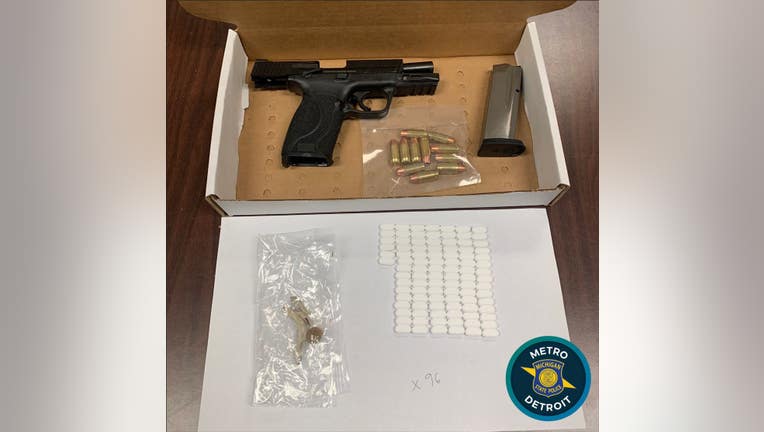 A firearm, magic mushrooms, and nearly a hundred prescription painkillers were among the contraband seized by state troopers in Detroit.

According to a tweet from police, a traffic stop on a vehicle for illegal window tint was conducted at 11 p.m. near Gratiot and Concord.

The trooper investigated the vehicle and came across several rounds of ammunition and a loaded firearm.

A photo posted by state police also showed a plastic bag with psilocybin mushrooms in it. There were also 96 pills that police called "analogue pills." Lawyers sometimes refer to the pills as designer drugs and often are chemically similar to illegal drugs like heroin, but can be sold as a prescription. That includes Vicodin and oxycontin.

The driver, a 23-year-old Clinton Township man was arrested.