WAYNE COUNTY, Mich. (FOX 2) - Wayne County was not immune to the storm damage that ripped through Oakland, Macomb and Monroe counties among others Wednesday afternoon.

Simply put, this was not how Detroiter Audry Thompson wanted to spend her birthday.

Wayne County was not immune to the storm damage that ripped through Oakland, Macomb and Monroe counties among others Wednesday afternoon.

Wednesday's storm toppled a tree that came down on her house, and a neighbor's on Detroit's east side. Thankfully no one was hurt, but there is plenty of damage.

"My son took a peek at it and the floor buckled up like a rollercoaster," Thompson said. "I can't stay here. I have been packing up and now I need a place to stay."

Wind gusts reached speeds of up to 70 miles an hour snapping and uprooting trees across Southeast Michigan.

Michael Webb from Detroit's west side got a rude awakening Wednesday afternoon. 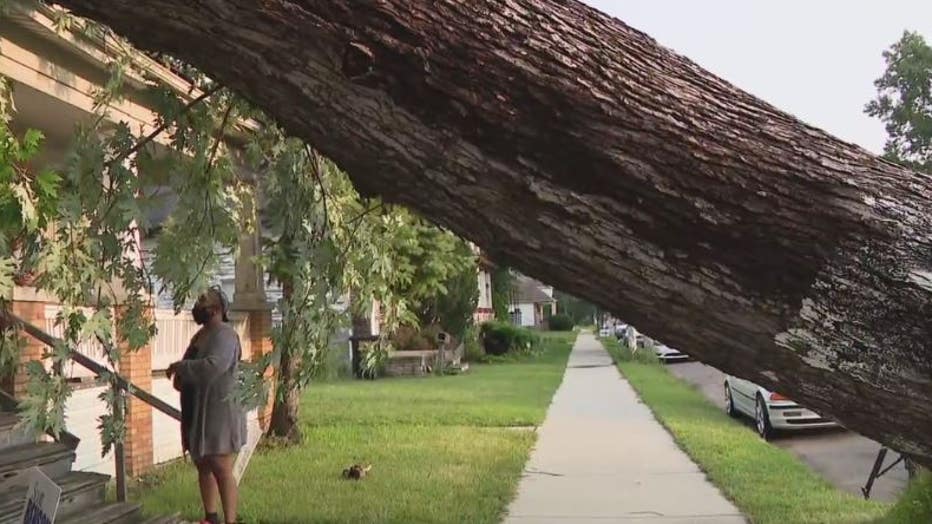 Webb is grateful no one was hurt and that he can stay on his grind, making coffee in his damaged Detroit home.

The storm did a number across the region.  It blew transformers and downed powerlines, leaving a few hundred of thousand DTE customers in the dark.

"DTE isn't giving us any updates when power will be restored," said Donna Seitz.

DTE says its teams are working around the clock to restore power and secure down power lines as quickly and safely as possible.

The power companies advise to stay at least 20 feet away from downed power lines and treat them in every situation as if they are live - even it doesn't appear so. 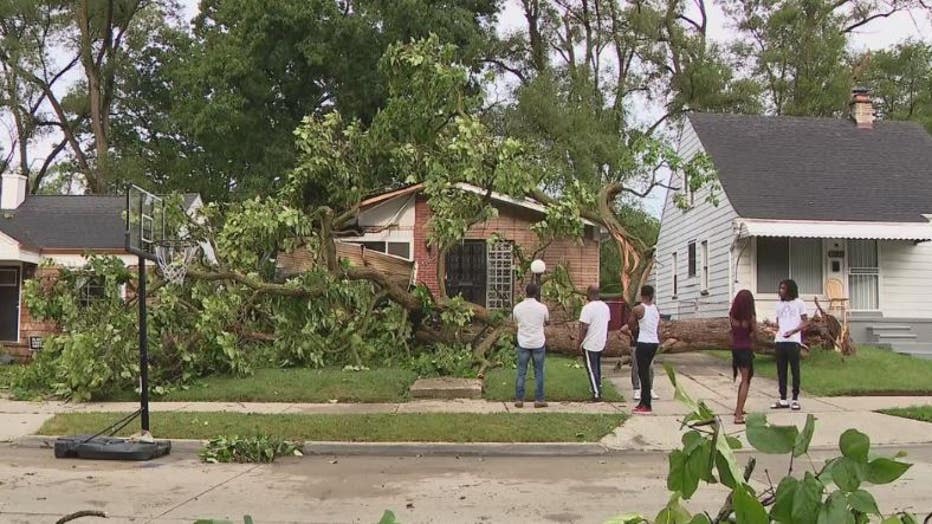 DTE has called in an extra 1,000 out-of-state linemen to bolster restoration efforts.

Consumers Energy has workers coming in from as far as Kentucky to bring it's customers out of the dark.