Beverly Hannah Jones is one of 12 African-American female architects with their own companies in the country - and she's getting to rebuild the city she loves.

DETROIT (FOX 2) - Thousands of happy adoptions will happen in the future facility for Detroit Animal Care and Control, scheduled to open in a year and a half. And FOX 2 got to meet the architect who is making it happen.

"It just warms my heart that some of these animals are at risk, and so we want to bring them in and find happy families for their forever homes," said Beverly Hanna Jones. "It’s a warm story to be able to do an animal control center."

It is a warm story that got its roots in a bit of history. Jones, a native Detroiter, dreamed of becoming an architect.

"There is not a long line of Black African-American female architects that are involved in the city," she said. "So it’s really an honor, to have the opportunity to be such an integral part of what’s going on."

FOX 2: "Being an African-American woman, who has done what you’ve done, that’s a tremendous inspiration for a lot of people watching."

"It’s an interesting fact that there are only 12 African-American female architects with their own companies in the country," Jones said. "So that’s quite a fact - a little sad - but it’s quite a fact. And I look to always encourage young students to be a part of the architecture world. I work closely with my alma mater, Lawrence Tech, trying to expose young people to architectural opportunities."

The standout architect has been at it for three decades.  It it wasn’t until about 10 years ago that she joined hands with two others to create Hannah Neumann Smith. The firm on Woodward Avenue is responsible for many big projects in Detroit.

Animal facilities in Romulus, Dearborn, and Detroit already have the firm’s stamp on them.

And now the newest project - a $5 million, 30,000-square-foot facility will be built at Russell and Ferry. It will double the space of the existing facility. 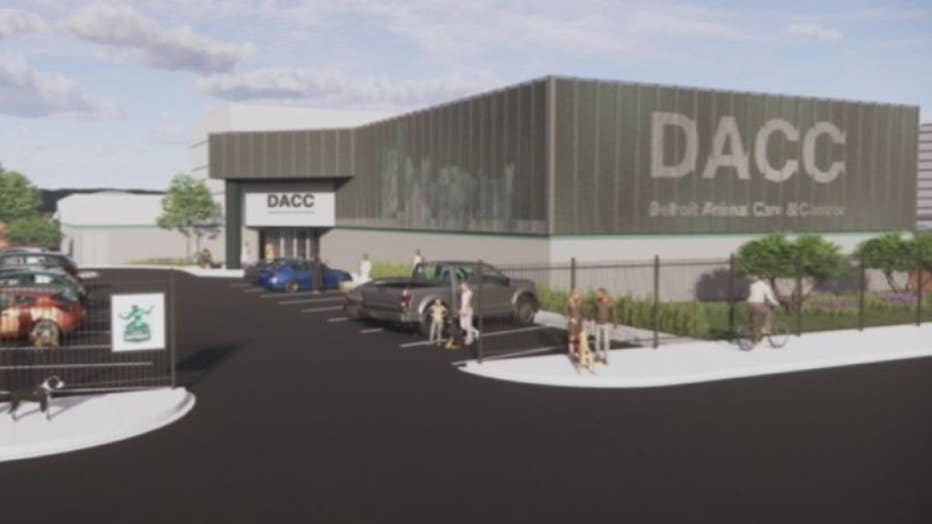 "Designing an animal center is harder than a regular medical facility because you have so many things that come into play," she said. "You want to keep your eye on the impact on the community, you have families, children coming in to adopt a pet, so you want to make the environment friendly but you also want to take good care of the animals."

FOX 2: "What do you like the most when you see the renderings?"

"More space for the animals," said Renena McCaskill, Detroit Animal Care and Control. "More welcoming for the community, more opportunity for them to get placed out, versus us holding on to them."

The new Wayne County Community College addition is another feather in her cap. Building up and building back the city she calls home is a labor of love.

"It’s a great feeling especially as a native Detroiter and a product of Detroit Public Schools," she said."It’s a dream come true to be able to have this kind of impact on a city."

The new animal center will open in Detroit in aboout 18 months. 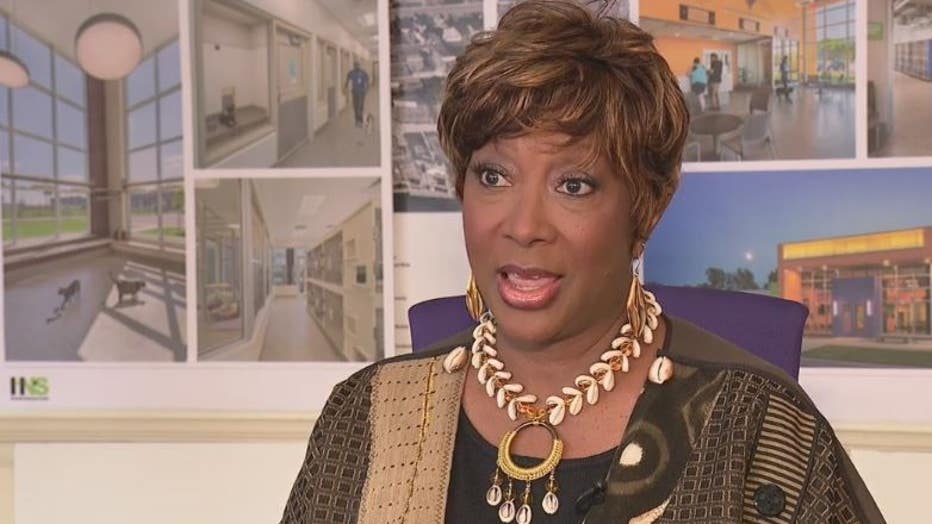