A 4-year-old boy with epilepsy is overcoming his fear of EEGs by dressing as the Hulk when he needs to go to the hospital.

"He had to wrap him up and restrain him and hold him down, and he’s crying and screaming," Rebecca Owen, Joey's mom, said.

Then, Joey had an idea.

Now, Joey transforms into the superhero when he has to go to Beaumont Royal Oak for treatment. 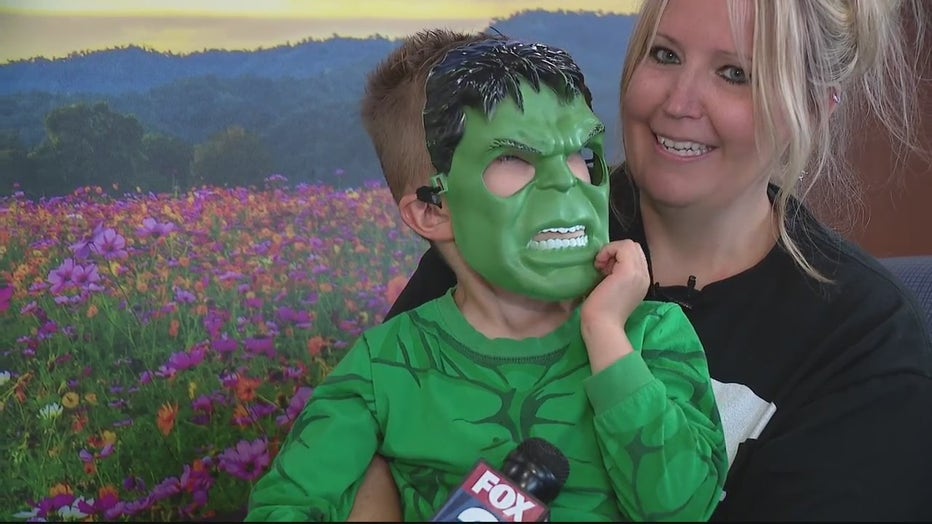 "He walked right in the door all on his own, and did not shed one tear, he did not have to be restrained," Owen said.

"When he put that outfit on him, it provided a layer of bravery," said EEG technologist Ivana Gavran-Danilyuk

Dressing as a superhero has made going to the hospital easier for Joey.

"The costume had a great effect on the whole test," said EEG technologist Jimmy Najia.

Joey has not any seizures recently, and he is on medication. He continues to be monitored with an EEG. Owen hopes her son‘s bravery can inspire others to empower themselves.

"Hopefully the story can help someone else face their fears, and know that not every situation will be the same, and that it’s going to be OK," she said.