Syrocki, the owner of Truago in downtown Trenton put up a larger than life blow-up Grinch in front of his restaurant on Friday. The sign hanging around the iconic character's neck is a sign that says "Gretch the Grinch."

Truago in downtown Trenton put up a larger than life blow-up Grinch in front of his restaurant on Friday.

Gretch is of course, short for Gretchen, as in Governor Gretchen Whitmer.

"It's kind of a risky for a business to do that," said customer Chris Bailey.

Another customer said, "I think it's all in good fun."

On Sunday night she announced restaurants would no longer be able to offer indoor dining for three weeks due to the soaring number of COVID-19 cases. 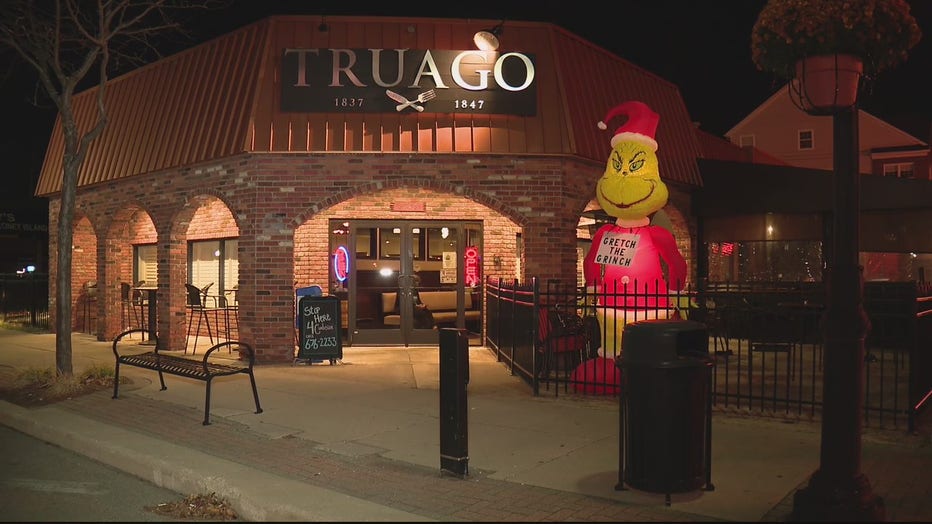 His post has garnered hundreds of comments - both for - and against.

One person posted "I'm glad you used your freedom of speech. I can now add you to the list of restaurants i'll never eat at."

Another person commented "Love you guys even more! Damn right! We still care and will still be ordering carry out."

"I wasn't trying to start a controversy but I was trying to get Gretchen Whitmer's attention," said Syrocki. 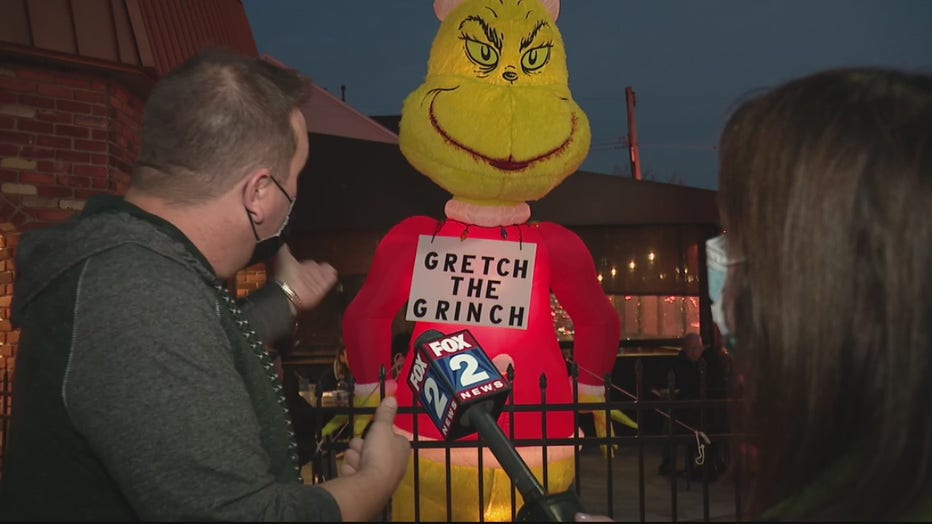 The Grinch is definitely attracting attention with many people stopping to snap selfies.

No word yet whether Gov. Whitmer knows of the restaurant's unique holiday decoration.

On Friday Syrocki said that business was brisk with orders and he pitched in to cook in the kitchen Friday night. 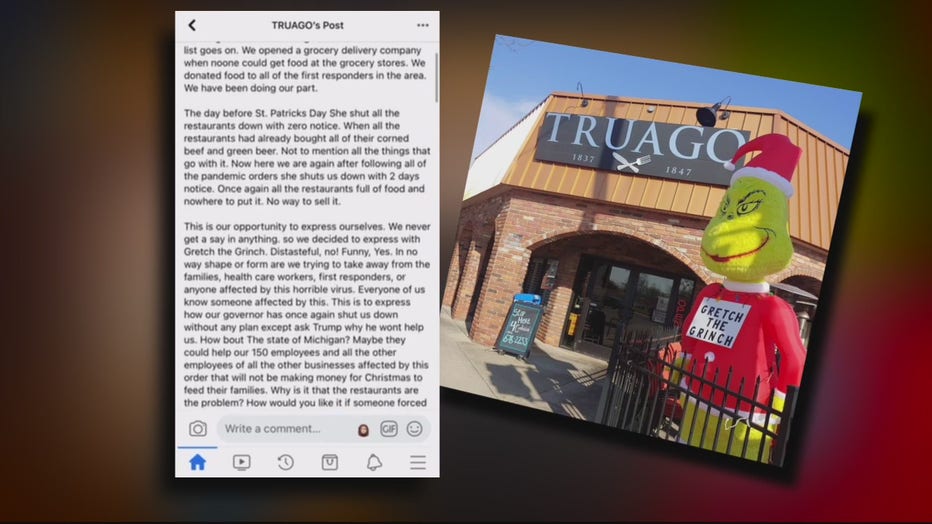