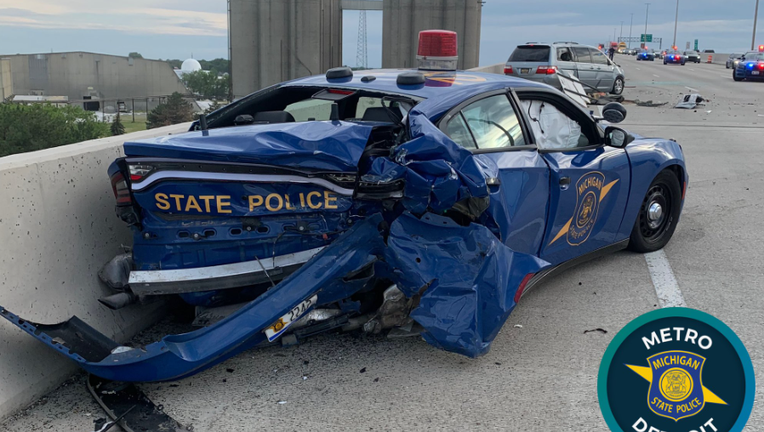 A Michigan State Police patrol vehicle was struck while the trooper was on I-75 freeway.

DETROIT (FOX 2) - A state patrol car that had pulled to the side of the highway in Detroit for an investigation was re-ended by a driver Saturday evening.

State police say they received a report of a pedestrian on the I-75 freeway near Dearborn Street.

MORE: Driver shot at during road rage on I-94 freeway in Harper Woods

The trooper had just arrived on the scene and was about to exit the patrol car to contact the pedestrian when his patrol car was struck from behind by another vehicle, police said.

Police say the patrol car was stopped in the right lane of the freeway with emergency lights in operation at the time.